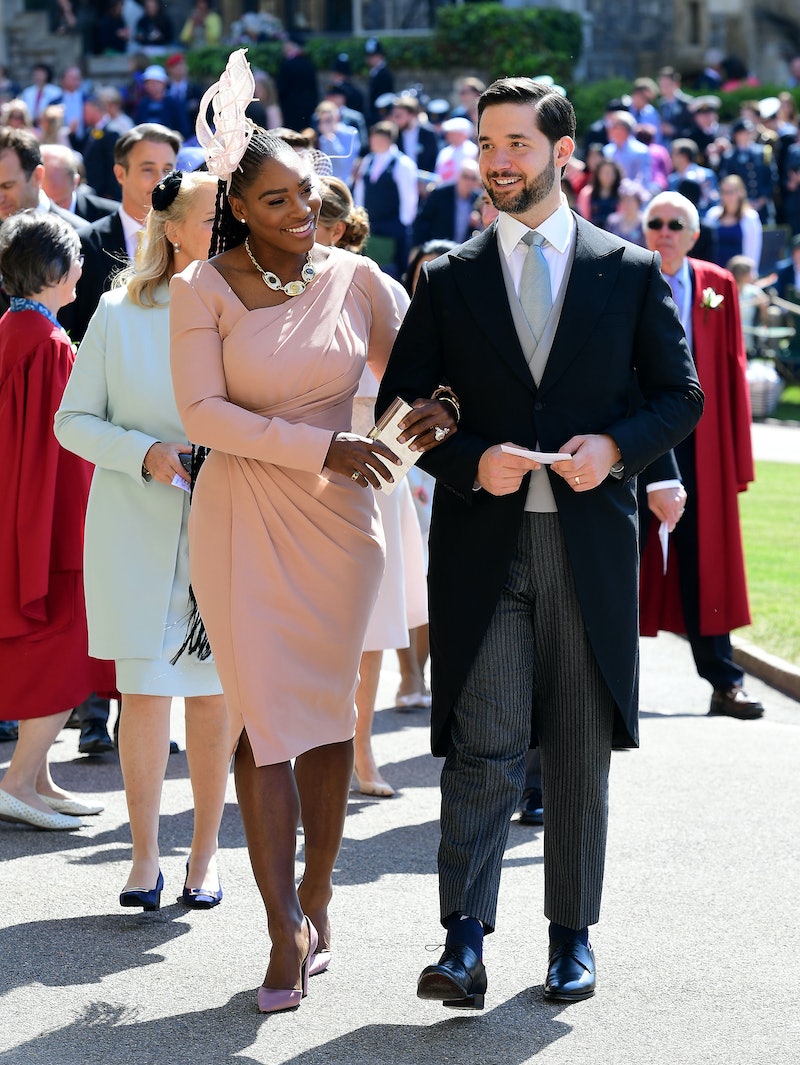 Serena Williams, you are one lucky woman. While chatting with Us Weekly on Tuesday, Alexis Ohanian revealed his most romantic moments with Williams. Not only will his answers surprise you, they will make you swoon so hard. For example, the Reddit co-founder doesn't view flying Williams to Italy just because she wanted Italian food as the most passionate thing he's ever done for his wife. No, Ohanian's definition of his most romantic moments is much simpler than luxurious trips.

"When I think of the most romantic things I’ve done for my wife, I actually think they’re the times when I was just there as a father to our baby, or as a husband," he said. "It doesn’t have to be the super extravagant trip to Rome or to Venice for Italy food. It just needs to be stepping up and being there, being a great partner."

Stop. It. He is truly amazing, though Ohanian might disagree. Again and again, he comes off as pretty much the perfect spouse, who continues to support and love Williams in beautiful ways. Like he told Us Weekly, "I am far from the perfect partner. I think it’s really important, especially in a long-distance marriage ... That you make the most out of the opportunities that you have."

Well, he certainly seems to do that, like by taking Williams to Italy. On July 21, Ohanian posted an Instagram photo with Williams drinking wine in Venice and captioned it, "She wanted Italian for dinner, so…" Yeah, they totally went to Europe for the food. He also took her to Venice, because Williams had never seen the city. "She'd never been to Venice, so...." Ohanian tweeted alongside a photo of the historical town. They stayed in Italy for a week and it looks like they had a fabulous time.

Another way he's made "the most out of the opportunities" they have is when Williams returned to tennis after her pregnancy with their daughter, Olympia. Ohanian surprised Williams with four billboards featuring the tennis champion and Olympia. It was his way of welcoming Williams back to the sport.

"These just went up on alongside I-10 into Palm Springs," Ohanian captioned the photos. According to E! News, the I-10 into Palm Springs was probably the way Williams went on her way to the BNP Paribas Open, her first tournament since giving birth. "@olympiaohanian & I wanted to welcome her back to tennis. Designed them myself, with some help from Jr. #GMOAT," he also wrote. The hashtag stands for, "Greatest Momma Of All Time."

As grand and romantic as these gestures are, Ohanian's right. At the end of the day, it's the small things that matter most. "I really do understand Game of Thrones a lot better now, because I really instinctively get the idea that someone would do anything for their house,” he told Us Weekly. "I would do anything for my wife and child."

It probably means the world to Williams knowing she can count on Ohanian. He takes being William's husband and Olympia's father seriously, and there really is nothing more romantic than that.