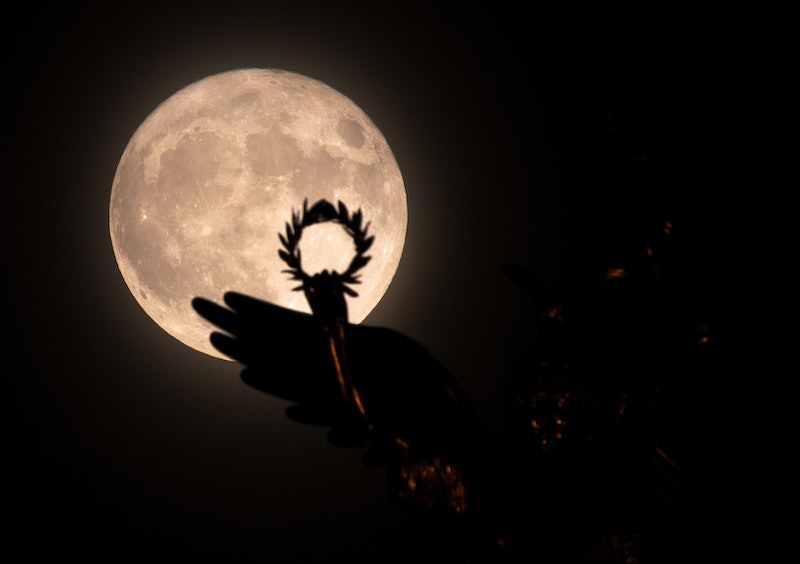 If things have been going awry for you since mid-December, your life might be about to get a whole lot better. The astrological phenomenon known as All Planets in Direct Motion (APDM), which is extremely rare, as usually at least one planet is retrograde at all times, takes place until Feb. 6, 2017. When all planets move direct, things may seem serendipitous as if everything in your life is falling into place. While some may call this fate, many astrologers claim this is a very powerful time to manifest and say it's important to be intentional about what we want out of life.

Mercury Retrograde, which began Dec. 16 and mercifully ended Jan. 8, is known to wreak havoc on communication, technology and finances. While having that dreadful event be over is reason enough to celebrate, the additional perk of having all planets moving direct at once is often thought as a time to seize opportunities and set intentions — and since it is a new year, it can be the perfect time to chart your course for 2017.

"All Planets in Direct Motion offers us an organic, synchronistic, harmonious collective journey and celestial flow," wrote Darryn Hope recently on the website Kyrona. "It is very beneficent indeed and ensures cosmic assistance with any endeavor, fueling us with hope and energy. So you want to use this energy to build upon the task at hand."

Planets do not actually move backward while retrograde; they simply appear that way because of their position in relation to the Earth and Sun at varying times throughout the year. While retrogrades are known for creating turmoil, APDM does the exact opposite and can be a rare time of harmony, opportunity and peace of mind.

Wave Rayne, an astrologer who publishes articles, teaches online courses and presents lectures on both the occurrence and potential of APDM, on her website, "From the position of the Sun or Earth’s perspective, All Planets in Direct Motion represents an organic, holistic, synchronous, harmonious group passage through the endless universe."

Basically this means that when all of the planets are going in the same direction, we are less likely to feel like we are moving against the current, and subsequently life feels easier.

For me, this last Mercury Retrograde was particularly challenging. I moved into a new house in which the previous tenants were in debt to what seemed to every company in town. Somehow our accounts became connected, which made the water company and cable company reluctant to turn on service in my name. It took multiple phone calls, faxes and in-person conversations to sort it all out and prove I had no affiliation with them. I'm looking forward to using this APDM to focus on the future instead of feeling like this all the time:

Rayne advises, "Without doubt, this APDM 2017, and every single one of the next APDM events leading up to 2022, compels us to employ our best collective focus to access the promise for birthing a new world, a new nation and a new life."

While Hope agrees, he reminds us that change takes time and the things we set into motion during his APDM won't germinate over night. He recommends using these next four weeks to visualize your passion projects and develop and commit to a game plan for 2017.

Use these next four weeks wisely, as Jupiter goes retrograde Feb. 6, which begins a five month period of introspection where you'll have the opportunity to quietly put your 2017 plans into action.