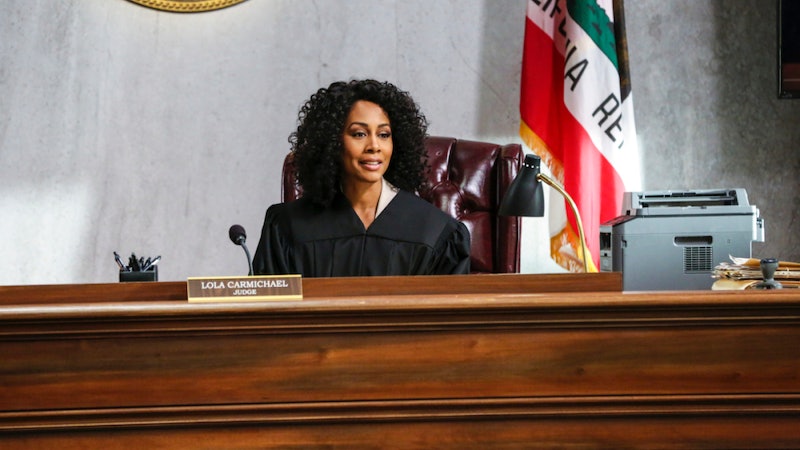 Even though CBS' new courtroom drama All Rise isn't based on a true story, the cast and crew have made it a point to make the show feel realistic. In fact, in some ways, it's more realistic than many other courtroom shows on TV — primarily because it doesn't ignore the racial bias inherent to the legal system.

"It's sometimes hard for legal dramas to honestly assess the fact that we are biased as a society, and racial bias is a huge part of it," Simone Missick, who stars as Judge Lola Carmichael, told TV Guide. "It is easier for [Lola] to look at each case in front of her by the individual, because she herself comes from a community that is often misrepresented or unfairly criminalized."

Another thing that grounds All Rise in reality is that it doesn't portray Judge Carmichael as a faultless moral center, but a flawed, strong-willed woman who sometimes makes mistakes in her pursuit of justice.

"[Judge Lola] is a woman we have not seen on TV in this kind of role," Missick said during the Television Critics Association's summer press tour, per Deadline. "When we see judges they are normally in the back of our legal system. This character is a woman who is vulnerable, flawed, and still handles her emotions."

Perhaps most importantly, though, All Rise is putting important real world issues at its center. The first episode followed the case of a police officer who lied on the stand in order to ensure a conviction during a trial — a recurring problem that in real life, the New York Times has dubbed "testilying." According to a 2018 investigation completed by the outlet, there were more than 25 occasions between January 2015 and March 2018 during which "a key aspect of a New York City police officer's testimony was probably untrue." All Rise doesn't take place in New York City — it's based in Los Angeles — but "testilying" is not just a New York problem.

The title for the upcoming Sept. 30 episode, "Long Day's Journey Into ICE," suggests the show will continue to dissect these timely topics, continuing with the ongoing tension surrounding President Trump's immigration crackdowns.

That being said, All Rise is also quite aspirational. According to Missick, the simple fact that Lola is a black female judge is a political statement. "No woman of color can ascend to this level in her career… without having butted against a system that does not want to see her succeed, that does not believe that she deserves to be there," Missick told TV Guide in the aforementioned interview. But, she continued, All Rise hopes to show the value of not only hiring people of color within the legal system, but ensuring they have positions of power, too.

So while All Rise isn't based on a true story, it's doing its best to mirror the world we actually live in — and to set an example for how the criminal justice system can counteract the racial bias that's long plagued it.