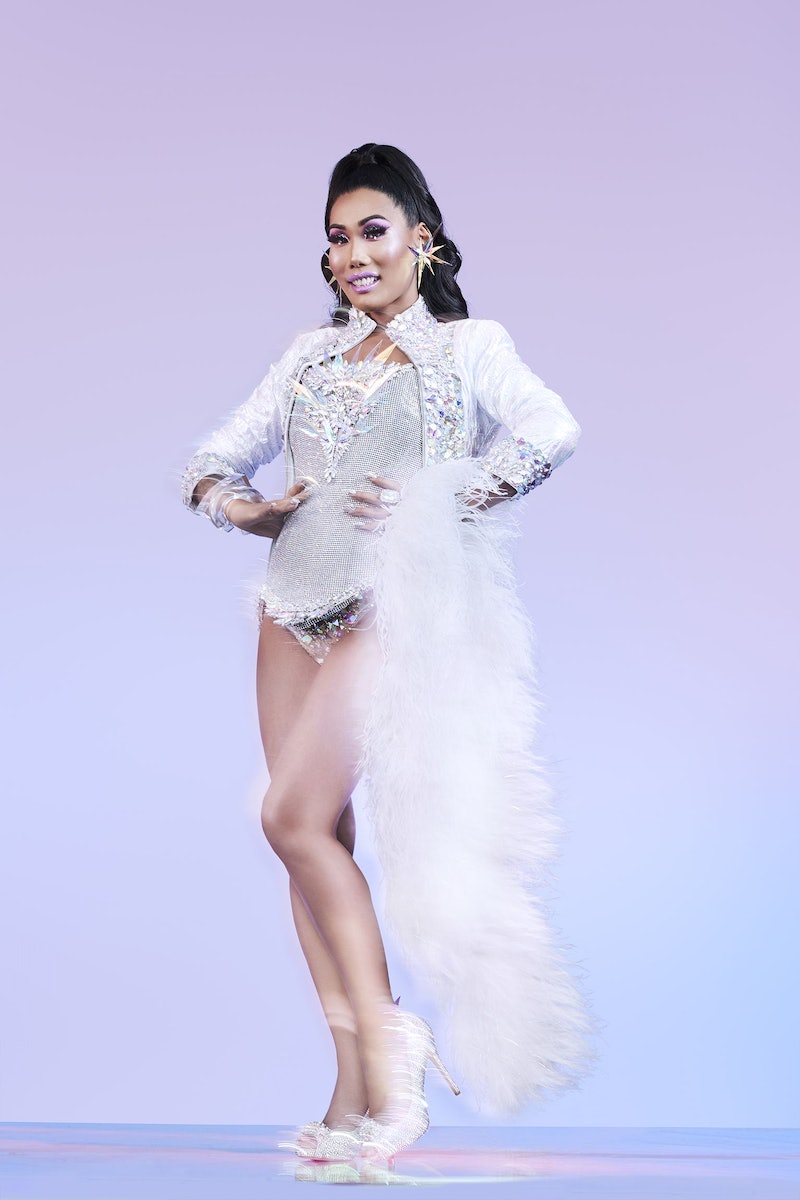 The last time Gia Gunn stepped into RuPaul's werkroom on Season 6 of Drag Race, she was a completely different person — a person who wasn't fully embodying her true identity. That's why, she tells Bustle just after her elimination, that it was difficult for her to return at first, since it reminded her of an internal struggle. But in the end, she's glad she did. In a phone interview with Bustle, Gia Gunn talked about her All Stars Season 4 elimination and her plans to keep fighting for the trans community in 2019, using her new platform to make a difference, by being herself, and herself only.

"It wasn’t until I really thought about it for an extensive amount of time and [realized] that this was my opportunity, not to come back to Drag Race as a drag queen, but to be able to present myself as a woman in the werkroom, and to the world," she says. "And also kind of, you know, bring visibility not only to the trans community, but to women in general."

She adds, "I feel it’s my duty and my responsibility to bring this type of visibility to such a large show that has so much power and influence in the world."

If Gia was just going for visibility, she got more than that in her three episodes. She quickly became known for her tendency to stir the pot and cause drama (particularly for instigating conflict with Farrah Moan) on the show. Some fans loved it, and others couldn't stand her for it. Gia's message to the peanut gallery is simple. "As they say, all press is good press," she says. "Whether people are talking good or bad, I just prefer that people are talking."

Some people were sure her attempt to be the season's villain would be her ultimate demise. But it was the infamous Snatch Game challenge that ultimately took her down. Snatch Game is a long-standing Drag Race tradition in which the queens banter on stage in their best celebrity impersonations. The challenge has seen nearly every icon drag-ified, from Maya Angelou and Adele to Cher and Whitney Houston, and to put it frankly, the impressions either sink or swim. There is no in-between.

Gia had initially planned to portray Caitlyn Jenner, being they're both trans women, but Trinity the Tuck claimed it as her own. That required Gia to prepare her back-up, which was Cardi B.'s nail tech, Jenny Bui. And after less than five minutes on the special-edition "Snatch Game of Love," Bui definitely did not swim.

"Playing a character and trying to embody somebody else is just not my forte," she says. "I struggled so long with being able to come into my own and getting away from being a character, or having to play somebody else, for me, I knew that Snatch Game was definitely going to be the weakest challenge for me."

Gia says she takes full responsibility for the sometimes shallow, derogatory comments she made as Bui, and she thinks that she made them in defense mode, being triggered by having to portray anyone but herself.

"I felt defensive, I felt attacked, and I felt a bit sad as well," she says. "And I think when people feel those emotions, they can spew negativity or they do things without thinking. But I’m definitely not upset about anything. I think it’s pretty legendary and I think it’s all pretty funny and I’m just sitting back and relaxing and enjoying the show, as I hope everybody else is."

She also hopes you're taking advantage of those Gia Gunn memes — another reason she decided to grace All Stars with her presence. Her legendary GIF gallery needed a refresh.

More like this
Everything To Know About 'RHONY' Season 14
By Jake Viswanath and Alyssa Lapid
Twitter Is Very Torn About The Winner Of 'Dancing With The Stars' Season 31
By Jake Viswanath
Yes, That Is Victoria & Another ‘BiP’ Alum In Zach’s ‘Bachelor’ Trailer
By Kadin Burnett and Grace Wehniainen
What To Know About Simon Guobadia’s 3 Ex-Wives & Children
By Brad Witter
Get Even More From Bustle — Sign Up For The Newsletter