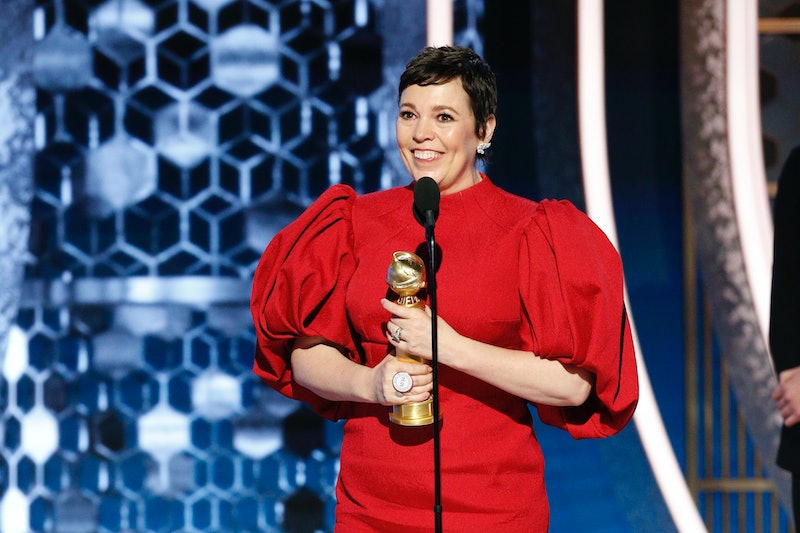 British telly is truly captivating the world, and last night’s Golden Globes totally proved it. Hosted by Ricky Gervais, nine of the UK’s best film and television shows were recognised, including the likes of Fleabag, The Crown, and Rocketman. Despite taking home less than half of the awards, it’s clear that the British winners at the Golden Globes are continuing to hold their own across the Atlantic.

The big wins of the night went to Olivia Colman for her performance in The Crown’s third season, Phoebe Waller-Bridge’s continued success with Fleabag, Sam Mendes’ war epic 1917, and Taron Egerton for his transformative role as Elton John in Rocketman. Anthony Hopkins, Kit Harington, Helena Bonham Carter, and Tobias Menzies were also nominated for big awards.

As was with the 2019 Emmy’s, shows that took home awards like Chernobyl and Succession are joint ventures between UK and American production companies. With that in mind, here’s the full list of British winners.

Much like last year’s Emmys, Waller-Bridge dominated the ceremony. Nominated in five categories for Fleabag and Killing Eve, Waller-Bridge won two Globes for Fleabag. During her acceptance speech for winning Best Television Series - Musical or Comedy, the writer/actor thanked Barack Obama for including Fleabag on his recent 2019 top TV list.

“Personally, I’d like to thank Obama for putting us on his list and as some of you may know, he’s always been on mine. And if you don’t get that joke, watch season one of Fleabag really, really quickly! Thank you so much.”

Waller-Bridge also thanked Andrew Scott during her second speech for Best Actress in a Television Series — Musical or Comedy, where she was up against the likes of Christina Applegate (Dead To Me), Rachel Brosnahan (The Marvellous Mrs Maisel), and Kirsten Dunst (On Becoming a God in Central Florida.

“This really comes down to Andrew Scott really because that man, there was a lot of talk about the chemistry between us in the show but he could have chemistry with a pebble and I’d love being Andrew’s pebble in this, thanks for bringing so much fire to the season,” she said. Scott was also nominated for Best Supporting Actor in a Limited Series.

More like this
Joey Essex Is Rumoured To Be Dating A 'Love Island' Favourite
By Sam Ramsden
Molly-Mae & Tommy Fury Revealed Their Baby Girl's "Really Unusual" Name
By Sophie McEvoy and Sam Ramsden
Barney Walsh Has Been Linked With This Famous Miss World Winner
By Sophie McEvoy
'Love Island' Has Added Yet Another Bombshell To The Villa
By Bustle UK
Get The Very Best Of Bustle/UK
Sign up for Bustle UK's twice-weekly newsletter, featuring the latest must-watch TV, moving personal stories, and expert advice on the hottest viral buys.