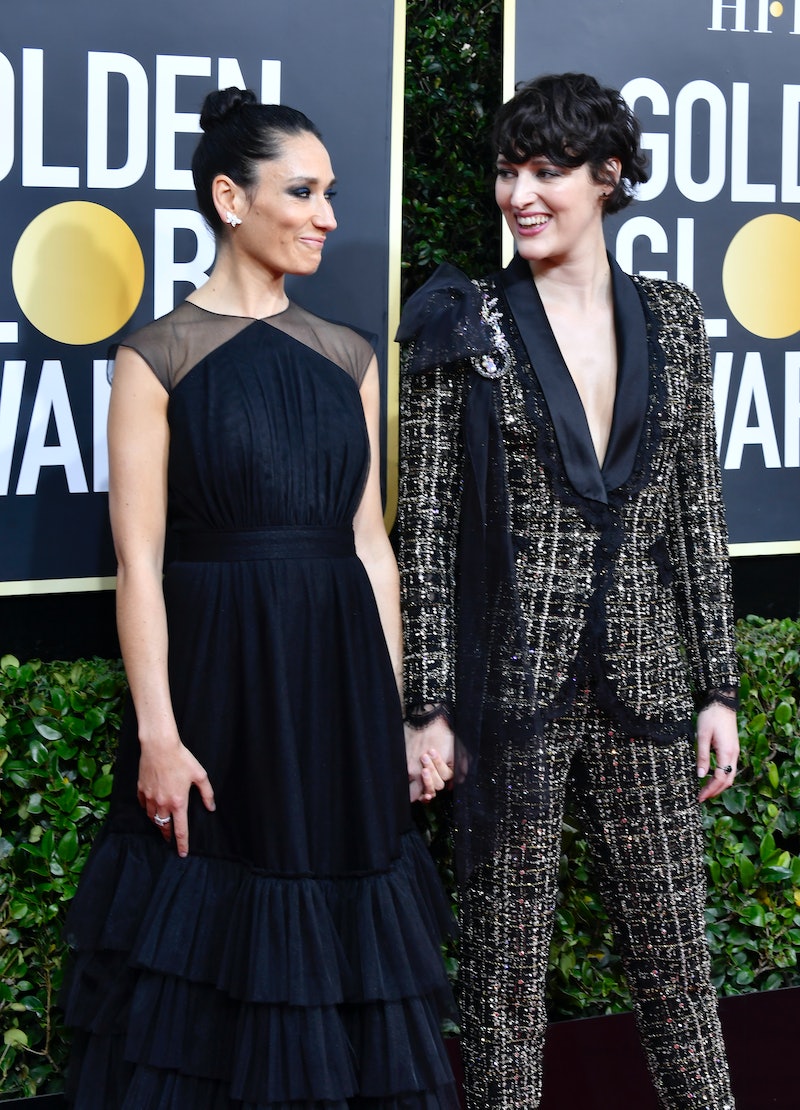 Whether they're on Amazon Prime or the red carpet at the 2020 Golden Globes, Phoebe Waller-Bridge and Sian Clifford stand together. The two Fleabag stars had a mini-reunion on the red carpet on Sunday, Jan. 5, standing hand-in-hand and giving fans everywhere major sister envy. Waller-Bridge and Clifford, who play sisters Fleabag and Claire, respectively, were in attendance to celebrate Fleabag's three Golden Globe nominations.

The two actors met long before they ever played sisters onscreen. Both Clifford and Waller-Bridge were students at the Royal Academy of Dramatic Art over 15 years ago, where they became fast friends. They've been close ever since. "Playing sisters with one another is very easy," Clifford told The Los Angeles Times in September. Throughout the years, Clifford has played a few iterations of Claire, a character Waller-Bridge first wrote in a sketch called "Use Your Vote" a decade ago. And the writer and star lobbied for her friend to get the role when BBC picked up Fleabag. As Waller-Bridge told The LA Times, Clifford was "the only person I could imagine playing this part."

After two seasons and a healthy amount of recognition from award shows, it seems the two are just as close as ever.

Of course, Clifford and Waller-Bridge weren't the only Fleabag stars in attendance. Andrew Scott, who is nominated for his performance as the (Hot) Priest, also walked the red carpet. Scott and Waller-Bridge were spotted not just walking down the carpet, but skipping. Speaking to Variety on the red carpet, Scott said that while Fleabag may be over, he and Waller-Bridge are working together on another future project. The actor wouldn't divulge much, but he did tease that it would be "complete different" from Fleabag.

Scott isn't the only Fleabag actor clamoring to work with Waller-Bridge again. In an interview with Gold Derby, Clifford said, "We plan to collaborate forever." Though, she added, "Maybe not on another Fleabag, unfortunately."