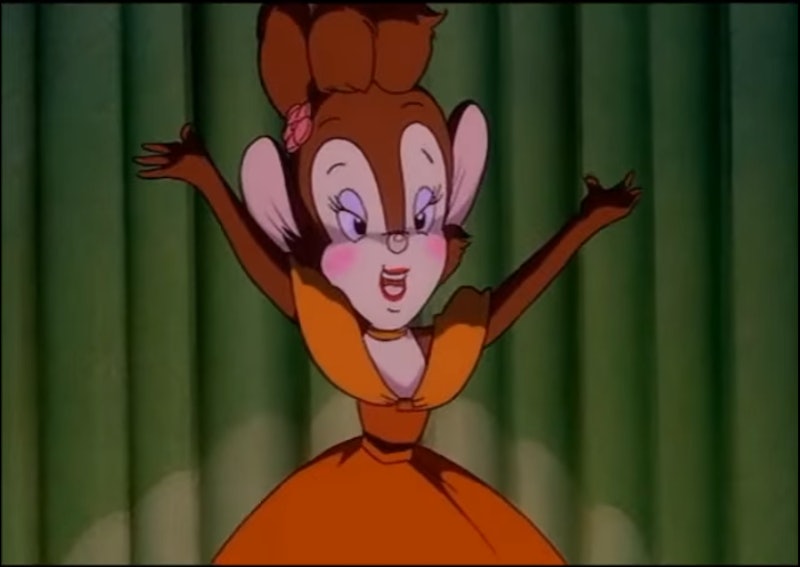 With March winding down, your favorite streaming service is offering up another month of new releases and old favorites sure to keep you on your couch all month long. Netflix's April 2017 titles are nostalgia-inducing in the best way possible. Soon, you are going to be able to marathon the An American Tail franchise and get schooled with all new episodes of Bill Nye. It's almost as if Netflix looked at a list of all your favorite things when you were 10, and said, "We're bringing them all back!"

Prepare to spend your April avoiding all those pesky showers with brand new episodes of Mystery Science Theater 3000, and some of your favorite Disney movies. The streaming giant is giving you the perfect excuse to feel like a kid again, so grab it while you can. I mean, April is tax month, so you're going to need all the distractions you can get.

Get ready to welcome back some of your favorite movies to the streaming service, while indulging in reboots of classics and adaptations of your favorite kid's books. Here are all the nostalgic favorites coming to Netflix in April. If you want to head out and buy all your go-to old school sugary snacks in preparation now, know this is a judgment-free zone.

Cry as Fievel Mousekewitz gets separated from his family in New York, then bask in the magical western romp that follows, and settle in for the lesser known An American Tale: The Mystery of the Night Monster as the perfect movie dessert.

This is the movie that convinced you bobsledding was the coolest of all the sports. And yes, the true story is still super inspiring.

OK, so Gremlins gave you a few nightmares when you were a kid, but you know you totally still want to adopt Gizmo.

Not only does this movie feature one of Hollywood's most adorable couples, Freddie Prinze, Jr. and Sarah Michelle Gellar, it's also good, old-fashioned silly fun that will make you feel like it's 2002 again.

This recent adaptation of the beloved Roald Dahl classic is a must-see for anyone who grew up reading The BFG over and over again.

Mystery Science Theater 3000 is back, and this time, Felicia Day and Patton Oswalt are in charge of torturing an unsuspecting crew with the worst movies known to man.

If you need a good cry, you can now rewatch that Shadow scene over and over again until you can't deal with the sheer amount of feelings it evokes.

The Science Guy is back just when the world needs him the most. This time around, Nye is going to tackle everything from global warming to sex, and he's doing it with guest stars like Rachel Bloom, Donald Faison, and Tim Gunn. It's going to be awesome, guys.

If you haven't checked out the modern update of The Mr. Peabody and Sherman show, then you need to get on that immediately. It's just as good as the classic, and it's a kid's show you can totally enjoy with your own kid or favorite niece or nephew.

Netflix is inviting you to get your nostalgia on this April, and '90s kids are going to love it.