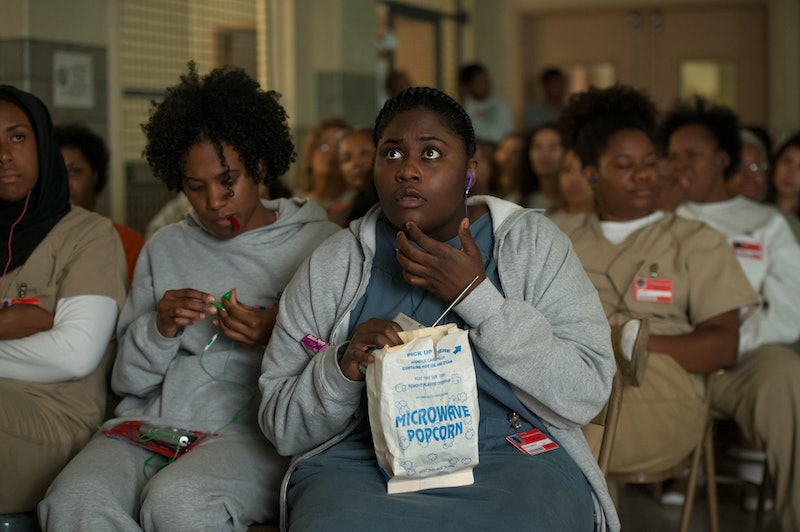 When was the last time you rated a show or movie on Netflix? While rating something a certain amount of stars used to feel powerful, it's now a practice that has generally fallen by the wayside. The streaming company noticed and that's one of the reasons Netflix is changing its star rating system to a thumbs up-thumbs down model. Rather than be able to review a show or movie by choosing if it deserves one through five stars, you'll soon only be able to give your visceral reaction — simply, I like this or I don't.

If you consider yourself a couch critic and have spent far too much time on Netflix agonizing over whether or not a certain TV show or movie deserved three or four stars, this news might be disappointing. All of your painstaking analysis will be gone for a simple thumbs up or thumbs down. However, that same user-friendly simplicity actually helped inspire Netflix to make the change. The Verge reported that Netflix beta tested the thumbs model with hundreds of thousands of users throughout the world for a few months. Netflix vice president of product, Todd Yellin, announced on March 16 that the company saw a 200 percent increase in people rating shows and movies with the simpler system and that helped cement the change. Yellin also said, "Five stars feels very yesterday now," which I guess is sadly true based on the instant reactions that often fill social media.

Back in January 2016, Netflix's chief product officer, Neil Hunt, had told Business Insider about this potential rating change. Beyond the thumbs up and thumbs down feeling like a more modern approach, Hunt noted how the star ratings made viewers review the quality versus the enjoyability of a movie or show. Sure, you might rate Grease 2 the appropriate two stars, but that doesn't mean you never want to see Michelle Pfeiffer singing "Cool Rider" ever again. So this new system may lead to better suggestions from Netflix for you as an individualized viewer.

If you'll miss the nuance of the star ratings though, another change that Netflix is making to improve suggestions is a percent-match feature. As a spokesperson for Netflix told Entertainment Weekly, "For example, if you see a title has a 90 percent match, that means that based on your viewing habits and patterns, we think you are highly likely to enjoy that title."

While interface changes are always met with some resistance, I'm reserving judgment until I see how this plays out. After all, I rarely rate shows a certain amount of stars anymore and usually dive into what is suggested for me based on the shows and movies I already watch. As a person who will sit through an entire movie or season of a show I don't particularly like just to see it through, there may be some satisfaction in simply hitting thumbs down afterward, like I've done so many times before on Pandora after a song I don't like. But you can see for yourself in April, when the thumbs up-thumbs down rollout is scheduled to happen. So for you couch critics out there — get ready to channel your inner Siskel and Ebert because this change will be here before you know it.

More like this
Here’s Everything Coming To & Leaving Netflix In July
By Grace Wehniainen
Paramount+ Wants To Take Over Your Netflix
By Sophie McEvoy
What’s New On Netflix: The Return Of 'The Umbrella Academy'
By Arya Roshanian
Bachelor Nation's Blake Horstmann Is Dating 'Love Is Blind' Star Giannina Gibelli
By Jake Viswanath and Radhika Menon
Get Even More From Bustle — Sign Up For The Newsletter