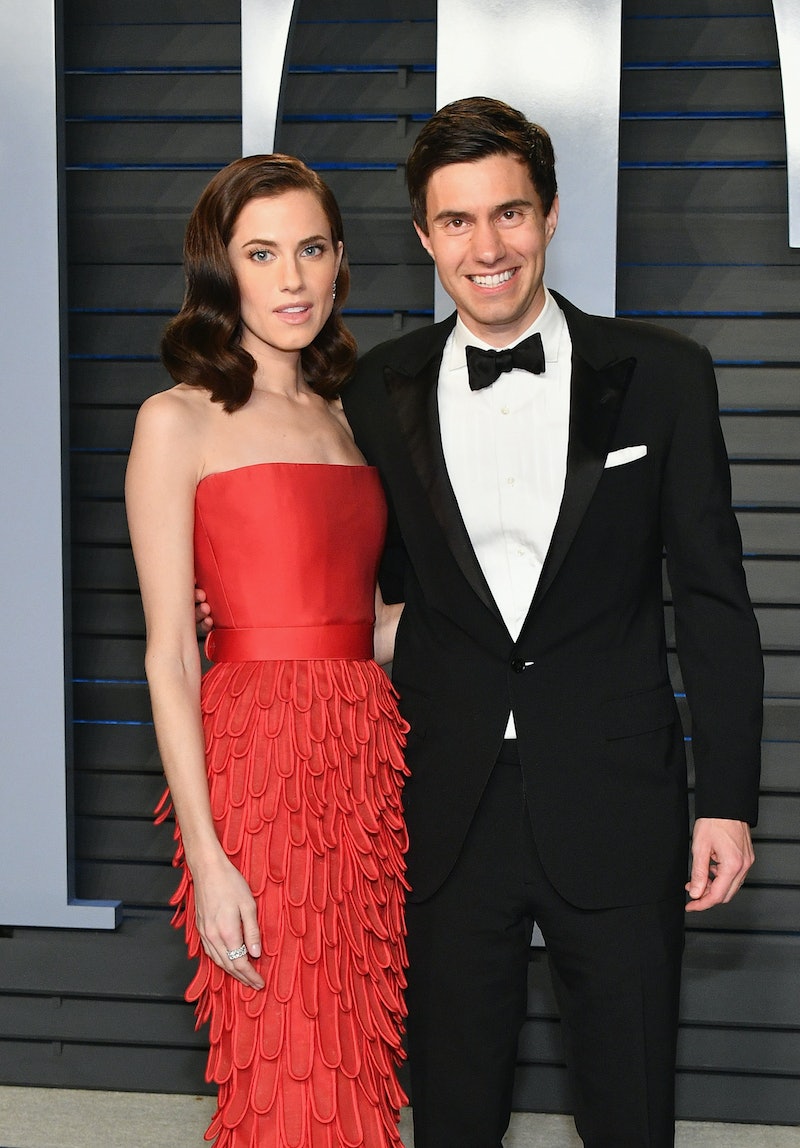 After almost four years as husband and wife, this celebrity couple is calling it quits. According to a new report from Page Six, Allison Williams and Ricky Van Veen split. They broke the news with a joint statement to the publication, which suggests it was an amicable decision.

Focusing on the positives, Williams and Van Veen's statement read:

“With mutual love and respect, we have made the decision to separate as a couple. We are grateful for the friendship that we have and will continue to have.”

Page Six also reported that the couple hadn't been publicly seen together since the Oscars in March 2018, when her movie Get Out was nominated for Best Picture. Additionally, Williams has been pretty silent on social media in recent months with her last post being about a haircut in January. (Granted, that doesn't necessarily mean anything about her relationship status, other than that she's been spending some time under-the-radar offline and keeping her private life private.)

As a quick recap, E! News reported that the pair first met while Williams was working on the set of HBO's Girls back in 2011. Adding another TV twist to their relationship, Williams and Van Veen got engaged while at a Bachelor viewing party in 2014, which honestly sounds like a dream come true for any reality TV aficionado. According to The Cut, Williams once told Chris Harrison,

"I would not be married to my husband if it weren’t for this show. We went to a weekly viewing party every week, and it was like a big group date... So where the viewing party is, is at my friend Lee Eisenberg’s house. And he has a couch where we always watch the show. And that’s where Ricky proposed to me, was on Lee Eisenberg’s couch."

Williams and Van Veen, who's one of the cofounders of College Humor, got married in September 2015. They tied the knot at a ranch in Wyoming and the ceremony was attended by all of Williams' Girls costars — Lena Dunham, Jemima Kirke, and Zosia Mamet.

In a 2016 interview on TODAY, Williams spoke about marriage, in regards to her Girls character Marnie. She also tied in her own personal experience, too. The 31-year-old said of married life:

"It's good. It feels very much the same. I got a lot of delayed props for not being as crazy as a bride as Marnie was, so that was kind of nice. My friends had this newfound appreciation for the monster I could've been and decided not to be, which felt nice and a little scary that they thought I had that in me. But married life is awesome."

She also casually mentioned that Tom Hanks had officiated the ceremony, NBD.

While it's unfortunate that their relationship has come to an end, it sounds like they really made the most of their time together. And based on the optimistic tone of their statement, it ultimately sounds like they made the right decision for themselves and they're looking forward in a positive way.