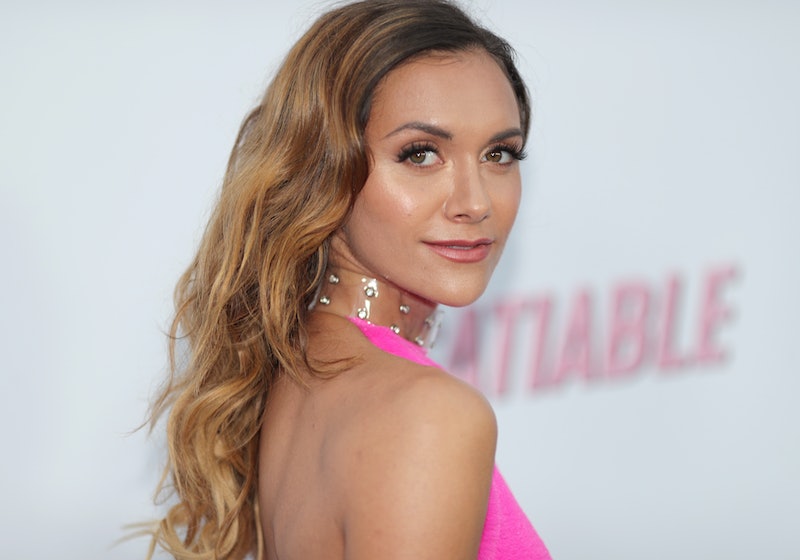 You might know Alyson Stoner as the young dancer in Missy Elliot's "Work It" video, or the tiny Disney star in shows like Camp Rock and The Suite Life of Zack and Cody. But after 18 years in film and television, Stoner is ready to turn a new leaf — and her hair now reflects that. Alyson Stoner shaved her head, and the beauty move is intimately attached to a lot of evolving changes in her life.

In March 2018, Stoner came out as queer in an intimate essay in Teen Vogue, sharing how she fell in love with a woman, and how it led her to accept her identity.

"I, Alyson, am attracted to men, women, and people who identify in other ways. I can love people of every gender identity and expression," she wrote.

The moment was pivotal for Stoner, leading her to embrace more fully who she was and wanted to be. A few months later, Stoner posted Twitter to share that she was inching closer to fulfilling her dreams of shaving her head after coming out. She addressed how the act would be a powerfully defiant one, especially considering how she has led a life of public scrutiny since childhood.

"My dream of shaving my head at least once in my life is starting to get a little closer, I think," she wrote. "What a choice to make after my appearance has been under public scrutiny since childhood, and as a way to trust my beauty & sexuality defy gender normative standards of femininity,."

Fast-forward a few months later, and that dream has become a reality. Stoner has now transitioned into a music career, and her most recent single is called "Stripped Bare," where she shaves her head in the music video as she sings about the struggle and pain that comes with childhood stardom.

“Shaving my head is an act of mental health and confidence, not self-destruction,” Stoner told People. “I can’t tell you how many beliefs and opinions and insecurities fell to the floor with every tuft of hair, and I’m leaving them there. I’m shedding one era and rising as a new being in real time.”

"Stripped Bare is not just a song for me," she followed up on Instagram. "It’s a line in the sand and a personal commitment to change my future direction, no matter how daunting and unclear. To allow old, familiar things to die and kill off the ego that keeps me fixated on the rear-view mirror, even when nothing beautiful is coming from it. Everything changes tomorrow."

In an interview with People, Stoner shared how she started developing health problems like anxiety, hair loss, and seizures at just six years old because of the intense stress put on from her work. The pressure to maintain her career eventually led to struggles with anorexia, exercise bulimia, and binge-eating disorder. She sought help at 18 years old, and entered into treatment to help her cope with her disorders.

Now that she has five years of balanced eating under her belt, she feels ready to move into a happier stage of her life — and she says shaving her head was a visual way to shed that old life, and move into the new.

Stoner tells People, “I really believe that the next 10 years are going to be much better than the last ten years."