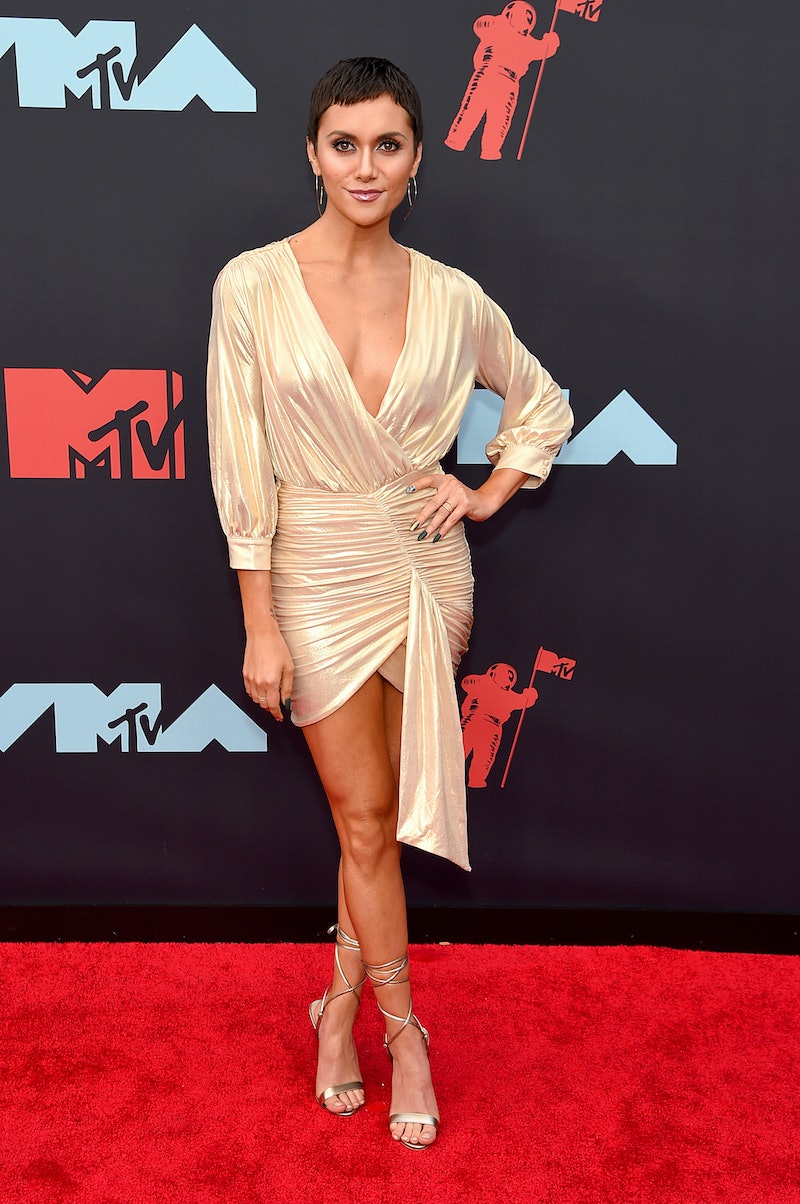 Missy Elliott's expansive performance at the 2019 MTV Video Music Awards was a retrospective of her incredible solo career so far, and so it should have been, as she was awarded the prestigious Video Vanguard Award. And in a sweet nod to the past and the other careers the artist jumpstarted, dancer and actor Alyson Stoner performed with Missy Elliott at the VMAs, throwing it back to her own iconic moment in the "Work It" video.

Stoner was just a kid when she made a splash in Elliott's videos for her hits "Work It" and "Gossip Folks." Fans responded instantly to the pint-sized girl with the pigtails and professional-level moves and her presence helped propel those videos into iconic territory.

"Missy has been wonderful from day one. She kept the kids in a separate location, and used a different version of the song [“Work It”] that was edited, so we wouldn't have to be exposed to some of the other content. She was really kind, just kind-spirited," Stoner told Vibe in 2017 on the 15th anniversary of Elliott's album Under Construction. "I think having someone who was like a friendly, courteous aunt, and then watching the video later and realizing the magnitude of her celebrity and influence just goes to show her character, how really genuine and present she is with people, and how thoughtful she is with her crew and her cast."

Stoner also told the magazine that there'd been some discussion of her and the other young performers in the video going on tour with the artist, but that Elliott and her team thought the environment might not be great for kids. But 17 years later, Stoner's spotlight in Elliott's video is still a fan favorite and part of her own wide-ranging work history. She, of course, would go on to appear in Camp Rock and Step Up movies, release her own music, play a lot of roles on TV, and do some voice acting.

Now 26, Stoner, appropriate to Elliott's latest song, threw it back to her early days in the business by popping up for a solo during Elliott's massive VMAs hits medley. Dressed in a bright yellow track suit with her first name emblazoned on the back, Stoner got to be front and center for several seconds of the show.

Elliott's always been eager to share the stage, as her Video Vanguard acceptance speech also showed. She heaped thanks on her friends, collaborators, and mentors, as well as the artists who've followed in her footsteps. She also made an extra special mention of the dance community, urging the youngest members of the ensemble of the performance to come up and stand beside her in front of the stage. With an adult Stoner in the mix, too, it was a full-circle moment to remind the industry how key Elliott has been in nurturing talent, not just sharing her own.

Even without her special guest, Elliott's VMAs moment was full of '00s nostalgia. And Stoner's presence gave this year's VMAs the O.G. TRL energy we've been missing.

More like this
Taylor Lautner Thought Taylor Swift's 2009 VMAs Interruption Was A "Skit"
By Alyssa Lapid
The Meaning Of Steve Lacy’s “Bad Habit” Lyrics
By Radhika Menon
9 Photos Of Celebrity Couples & Unexpected Duos At The 2023 Grammys
By Jake Viswanath
The History Of Taylor Swift's "All Too Well" & What The Lyrics Actually Mean
By Jake Viswanath
Get Even More From Bustle — Sign Up For The Newsletter
From hair trends to relationship advice, our daily newsletter has everything you need to sound like a person who’s on TikTok, even if you aren’t.