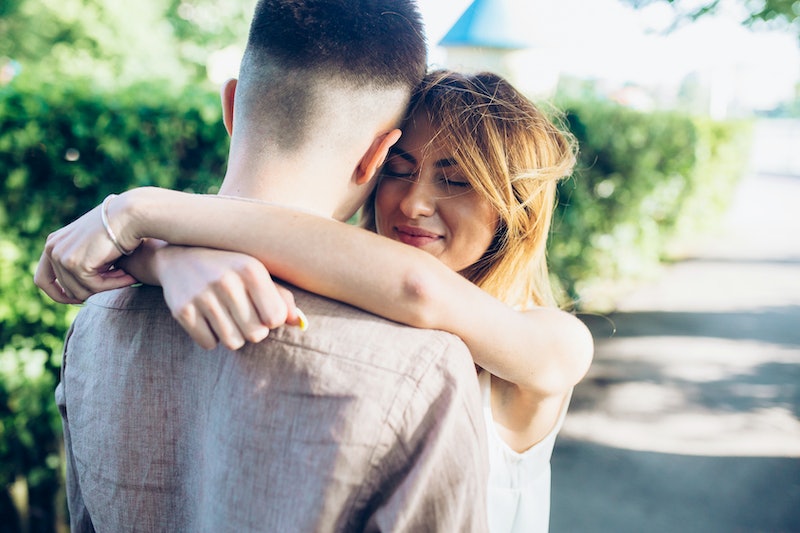 Putting in more effort than the other person is a common problem in relationships. And in a way, it's a good problem to be giving too much in a relationship — it shows that you're a caring person who wants to put yourself out for other people. But the issue comes when being a giving person leaves you in a one-sided relationship.

"Feeling like you are giving more than your partner is a very frustrating situation that can definitely wear on a relationship," relationship therapist Aimee Hartstein, LCSW tells Bustle. "One of the reasons that it’s so common is because people have different needs. Often we give to our partners in the exact way that we want them to give to us. Rather than follow their cues we assume that they have the same needs as we ourselves do."

I've watched so many friends think that they can change someone by just giving and giving — and I've done the same. But it rarely works. "If you feel that there’s a mismatch ask your partner what kinds of giving behaviors [they] appreciate and give [them] more direct feedback about what you want from him," she says.

But how can you tell if you're giving more than the other person? It can be tricky. Because everybody needs a little more TLC some of the time and, if a person is taking advantage of you, they're going to make it sound like they really need it. Hell, they may even believe that they need it. But if someone is always getting the attention and the emotional support, than the relationship is one-sided. So make sure you're honest with yourself about what your relationship really looks like. Here are the signs you're giving more than they are.