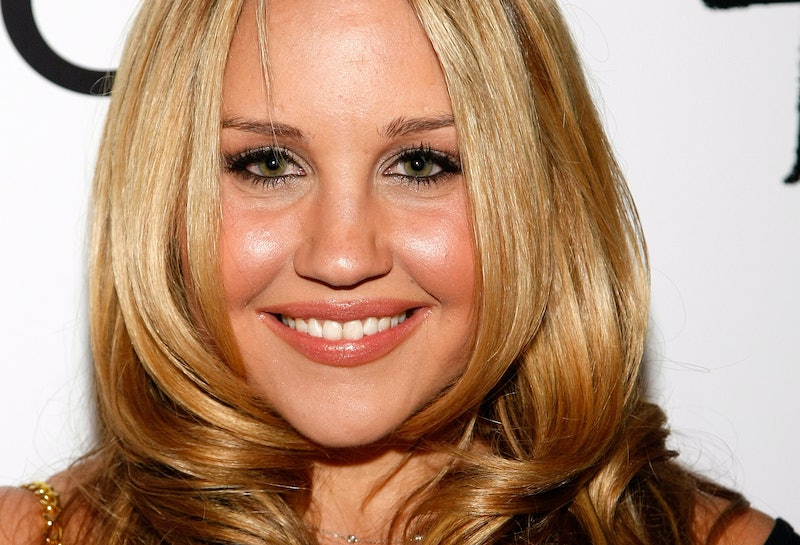 In a recent profile in Paper Magazine, actor Amanda Bynes candidly discussed her prolonged absence from the public eye. After taking time out of the spotlight following a very intensely scrutinized period where she posted erratically on social media, Bynes spoke to the magazine about her struggles with substance use and her mental health over the years.

In the cover story, for the magazine's "Break The Internet" issue, Bynes noted how her use of Adderall and cannabis, among other drugs, effectively altered her outlook on life and influenced her widely publicized behavior. “I don't know if it was a drug-induced psychosis or what, but it affected my brain in a different way than it affects other people,” the actor told Paper. “It absolutely changed my perception of things."

Bynes, who formally retired from acting in 2010 when she was just 24 years old, made it clear that she plans on making her return to the acting world. Now that Bynes says she is sober, which she credits to the help of her family, she recounted the experience of being judged by the media during her breakdown, specifically citing the public’s obsession with making assumptions about her mental health during the worst of her struggles.

Many of the headlines describing Bynes' behavior from the time focused, without evidence, on the star's mental health, suggesting her erratic behavior was the result of an undiagnosed mental illness. Bynes described how the practice of random people assigning a psychological label to her actions (aka armchair diagnoses) affected her. "It definitely isn't fun when people diagnose you with what they think you are," Bynes told Paper. "That was always really bothersome to me. If you deny anything and tell them what it actually is, they don't believe you. Truly, for me, [my behavior] was drug-induced, and whenever I got off of [drugs], I was always back to normal."

In psychology, the Goldwater rule describes how, on occasion where psychiatrists are asked to provide an opinion on an individual in the public eye, it is unethical for them to "offer a professional opinion unless [they have] conducted an examination [on the subject] and has been granted proper authorization for such a statement.” As explained in The Guardian, one of the reasons this rule is important is for accuracy’s sake — how can a professional diagnose someone they’ve never met correctly? Another reason is that it can “stigmatise [sic] both the individual labelled under the armchair diagnosis, and/or those living with the condition a person under scrutiny has been remotely diagnosed with.”

If engaging in "armchair psychiatry," as Bynes put it, is discouraged for trained medical professionals, that sentiment is multiplied by a thousand for members of the public engaging in a discourse about the state of a celebrity’s perceived mental health.

The tendency for the public to armchair diagnose celebrities isn’t new, but it’s an illuminating statement considering how the practice has become something of an Internet pastime in the age of celeb social media overexposure. The trend of calling Kanye West “crazy” online as a way to explain away erratic tweets is just one recent example that comes to mind. In West's case, though he has been open about his diagnosis of bipolar disorder, calling him "crazy" denigrates the work he has done to manage his mental illness; it also stigmatizes the illness, potentially discouraging everyday people from seeking help out of fear of being mocked for being "crazy" themselves.

Of course, some people voice their fears about a celebrity's mental health out of "concern" for the person, rather than a desire to troll them. But comments like “she needs help” are likely not going to help anyone pursue treatment, and may only alienate them further. In an article for The Daily Dot published in 2014, when Bynes’ behavior was often scrutinized in the press, writer Miri Mogilevsky described how words like "crazy" and "insane” are often used as umbrella terms to explain away behavior we don’t understand. These words “do not refer to any specific set or level of symptoms. They refer to someone we wish to hurt, ostracize, or laugh at,” Mogilevsky wrote. Using these words, or any sort of armchair diagnosis, to describe stories like Bynes’, ends up perpetuating the stigma that people with mental illnesses face further.

Celebrities often feel so far removed from "real" life that to non-celebrities, it may seem fine to make offhand remarks that they'll likely never see. But Bynes' comments illustrate that making an armchair diagnosis can and does have an impact on its very real and human subjects, celebrities or not.