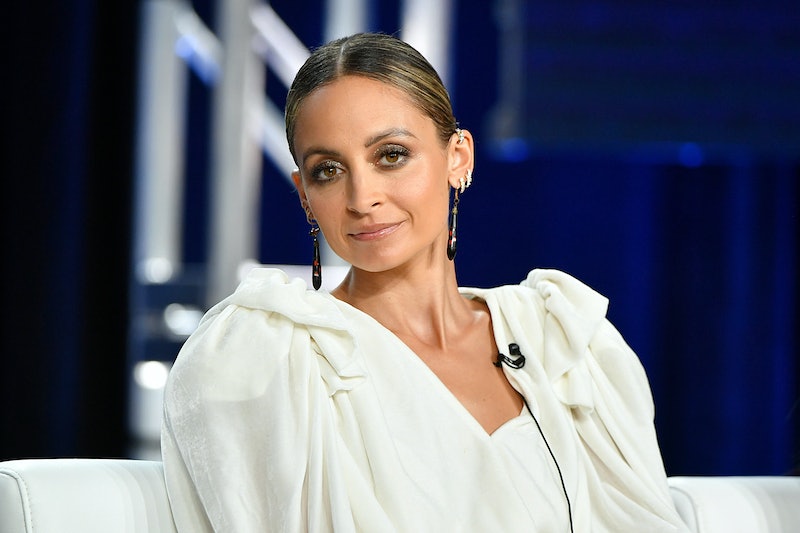 At a time when most designers and small business owners are struggling to keep their company afloat, Jonny Cota secured a major investment for his ready-to-wear brand. The winner of Amazon’s fashion design competition show Making the Cut, Cota is going home with a $1 million dollar prize and a global platform to launch his new line, Jonny Cota Studio.

“I have so many feelings,” Cota tells Bustle. “I’m over the moon. Rarely have I given myself the opportunity to sit back, take it all in, understand how much I put into this, and to feel proud of myself.”

Cota isn't new to the retail industry. The self-taught designer started out as a fire dancer and stilt walker in the circus, where the ornate costumes sparked his love of fashion. Inspired by the intersection of performance art and design, he created Skingraft, a streetwear brand with dark, theatrical flourishes that appeal to celebrities like Rihanna and Nicki Minaj. He produces two men’s and women’s ready-to-wear collections yearly, and he's shown five times at New York Fashion Week.

In the Making the Cut finale, Cota went head-to-head with another design pro Esther Perbandt, whose namesake label is known for edgy, menswear-inspired separates. Perbandt has created more than 30 collections over the brand’s 15-year history and has been running her boutique in Berlin for more than a decade. In other words: Perbandt was stiff competition.

“We really had zero idea who we were going to pick,” says Nicole Richie, one of the show’s judges. “[When] those pieces walked down the runway, you definitely knew who was behind them. They both did an excellent job, which made it even harder when it came down to making the final decision because we’re talking [about] two designers who are very, very different, and both killed it in the finale.”

Although Cota’s modus operandi is all things leather, his final collection featured a range of fabrics and textures, illustrating his growth as a designer over the duration of the show. He experimented with bolder colors and patterns, resulting in a diverse yet cohesive collection that was also gender-inclusive.

“It felt like the culmination of 15 years of design,” Cota says. “I love leather, I love hard, but the show challenged me to peel that away. I was focused on dresses, softness, volume, movement, print, but I also showed some of my brand DNA that I’ve been known for.”

One piece in particular stands out to Cota because of how it pushed him beyond his creative comfort zone.

“One of the runway looks is this leopard print trench coat,” he says. “I never thought I would do leopard, but between leaving Tokyo and arriving for the finale [in New York City], I found myself creating this radiant leopard print.”

He added the “cheeky little detail” of designing the leopard print to subtly spell out his last name. “I put all this new skill into that,” Cota shares. “The coat was printed on this very beautiful wool, and the whole top was leather. It was this premium, beautiful jacket that both felt like something I would do and something I’d never done before.”

While designing a 12- to 14-look collection for the finale was challenging enough, the show upped the ante: Both Cota and Perbandt were tasked with presenting a business pitch to Christine Beauchamp, the president of Amazon Fashion. Whoever came out on top would secure not only a million-dollar investment, but also a professional mentorship and an exclusive line on Amazon.

It was a major assignment — one that Cota remembers feeling especially nervous about. “It was 10 times more difficult than any sewing challenge we had,” he reveals. “Christine Beauchamp is so warm and lovely, but [seeing] this power executive in her glass corner office — I was shaking in my boots.”

The nerves, Cota explains, stemmed from an insecurity that’s all too common among creatives. Creating the art is only step one. Marketing it is an entirely different endeavor.

“I know I can sew, I know I can make a girl on the runway look great, but can I present myself eloquently and powerfully as an entrepreneur and business person?” Cota says. “That’s just something I don’t practice everyday. I can do leather jackets in my sleep, but can I formulate my business plan and strategy, and convince you that I’m the best candidate to win a million dollars and be the next global brand? I stressed more over that challenge than any moment in the entire season.”

Cota’s collection and pitch ultimately secured him the top prize, though not without a little high stakes TV drama. When the judges delivered their individual decisions, it ended up being a split vote. Richie was the tie breaker.

“It was bittersweet,” Richie recalls. “I was really happy for Jonny — I felt like he truly deserved it. Also, I’m a big fan of Esther [and] her work. For me to have to be the [tie breaker], it wasn’t a personal thing against Esther, but it’s what we had to do.”

And for that, Cota could not be more grateful.

“When I was approached by Making the Cut to be on the show, I was on the verge of wrapping up my company and moving on to a new career path,” he reveals. “I feel like I had said what I needed to say as a designer, the company had its ups and downs, but it was on its way out. I jumped on this opportunity, and here I am a year later about to launch my namesake brand with a fully renewed sense of purpose, pride, inspiration, and a real appreciation for everything I’ve been through.”