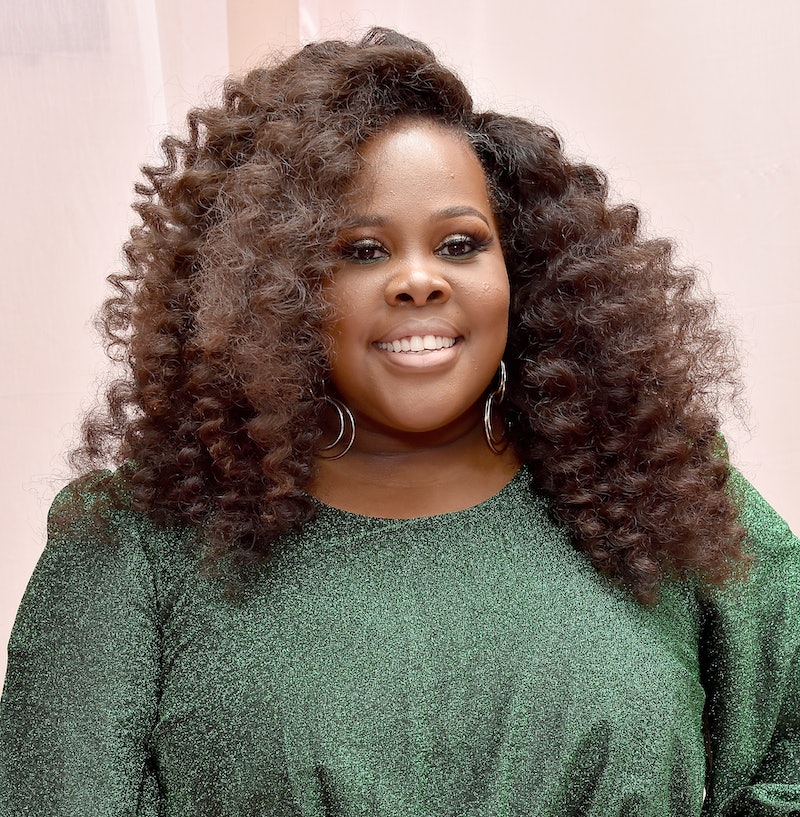 There's more than one way to successfully use your voice and platform to enact change against racial injustice. Former Glee star Amber Riley belted out Beyoncé's song "Freedom," from the singer's widely popular album Lemonade, during a protest in Los Angeles on Tuesday, June 2. She also encouraged fellow protestors in the crowd to sing along with her as a way to both honor George Floyd's tragic death and fight for the Black Lives Matter movement — a request many of whom were more than happy oblige with, further demonstrating how the human voice really can be a truly powerful weapon and motivator.

"I'm telling these tears, 'Gonna fall away, fall away,'" Riley sang to onlookers as they clapped along to the beat. "May the last one burn into flames." After taking the lead on most of the main lyrics, the 34-year-old singer then prompted the protesters to join her in helping to belt out the powerful chorus, singing, "Freedom! Freedom! I can't move. Freedom, cut me loose!"

Riley uploaded the video of the inspirational moment to her own Instagram account shortly thereafter, alongside the caption "What an honor." The post was also accompanied by the hashtags #blacklivesmatter, #defundthepolice, and #prosecutekillercops.

But Riley's attempt to educate the masses about racial inequality didn't stop there. Later on that same day, the actor took to Twitter to encourage her fans and followers to use their own platform to help elevate the voices of the Black community and speak out against racism and police brutality.

"We all have voices. I don’t care how many followers you have. All of our voices and how we utilize our platforms is important," she tweeted out. "If it’s 10 followers, radicalize them, make them believers in themselves that they can change the world and themselves for the better!"

She followed those sentiments up with another message, reminding fans that they shouldn't just bank on celebrities to do work for them. Everyone needs to come together to be part of the solution for real change to the country. She wrote, "Don’t rely on celebrities. You have free agency to use every amazing gift you have to fight for truth and justice. Do YOUR part. YOU are necessary. PERIODT!"

Let's hope that those lyrics and words of wisdom sink in, and force the world to finally change for the better.

More like this
The Jonas Brothers' New Album Has A Very Meta Name
By Alyssa Lapid
Brad Pitt Wants To Share The Spotlight With This Celeb In Shania Twain’s “That Don't Impress Me Much”
By Alyssa Lapid
Cruz Beckham Teased New Music With An Adorable Nod To Mom Victoria Beckham
By Stephanie Topacio Long
The Spice Girls Are Set To Reunite At King Charles III’s Coronation
By Sam Ramsden
Get Even More From Bustle — Sign Up For The Newsletter
From hair trends to relationship advice, our daily newsletter has everything you need to sound like a person who’s on TikTok, even if you aren’t.