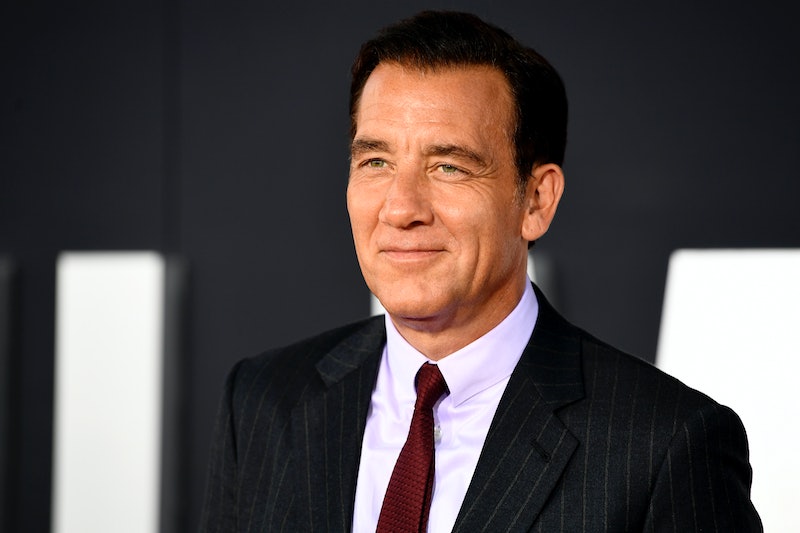 Hail to the former Commander in Chief — Impeachment: American Crime Story has cast Clive Owen as Bill Clinton in the upcoming third season of Ryan Murphy's true crime anthology series. According to Variety, Owen is the first member of the Clinton administration to be cast. The actor will join Beanie Feldstein as Monica Lewinsky, Sarah Paulson as Linda Tripp, and Annaleigh Ashford as Paula Jones.

According to SlashFilm, Impeachment: American Crime Story is inspired by Jeffrey Toobin's book, A Vast Conspiracy, which will follow the 1998 impeachment hearings against President Clinton. Though the series has been in the works for some time — it was originally reported to be in production as far back as 2017 — it now appears to be finally getting underway.

As is Murphy's way, the showrunner has decided to take a different approach to the story. According to reports, the depiction of Clinton's impeachment will be told from the perspective of the women involved, rather than from Clinton's point of view. As a result, it's unclear how big of a role Owen will actually play in the series as a whole, based on the new, more focused angle. That said, despite being a British actor lacking Clinton's Southern accent and white hair, he actually might make a pretty good Bill Clinton.

Owen will join a fairly small group of men who have portrayed the former president onscreen. The late Phil Hartman and Darrell Hammond each played a more comedic version of the president during the late '90s and early 2000s on Saturday Night Live. In 2010, Dennis Quaid was nominated for an Emmy, Golden Globe and SAG Award for playing Clinton in The Special Relationship, about the former president's alliance with British Prime Minister Tony Blair. Meanwhile, John Travolta played a character inspired by Clinton in Primary Colors, the 1998 film based on his run for president in the '92 election.

Though she hasn't yet commented on the casting, it's likely that Lewinsky herself agrees. Impeachment: American Crime Story will be executive produced by Lewinsky, and though it's unclear if she had any role in the casting, she'll definitely have some creative input when it come to how Owen will portray Clinton. In an August essay for Vanity Fair, Lewinsky explained why she decided to help tell the story, saying, "People have been co-opting and telling my part in this story for decades. In fact, it wasn't until the past few years that I've been able to fully reclaim my narrative; almost 20 years later."

Meanwhile, production on Impeachment: American Crime Story is reportedly set to begin in February 2020, with the series itself slated to premiere on Sunday, Sept. 27, 2020 on FX.

More like this
Here’s Everything Coming To & Leaving Netflix In August
By Jake Viswanath
Meet The New Team Of Residents Joining 'Grey's Anatomy' In Season 19
By Brad Witter and Sophia Moore
The Sean Bean Intimacy Coordinator Controversy, Explained
By Sam Ramsden
At 28, Lesley Manville Was Acting, Picketing, & Singing Kate Bush Songs
By Olivia-Anne Cleary
Get Even More From Bustle — Sign Up For The Newsletter