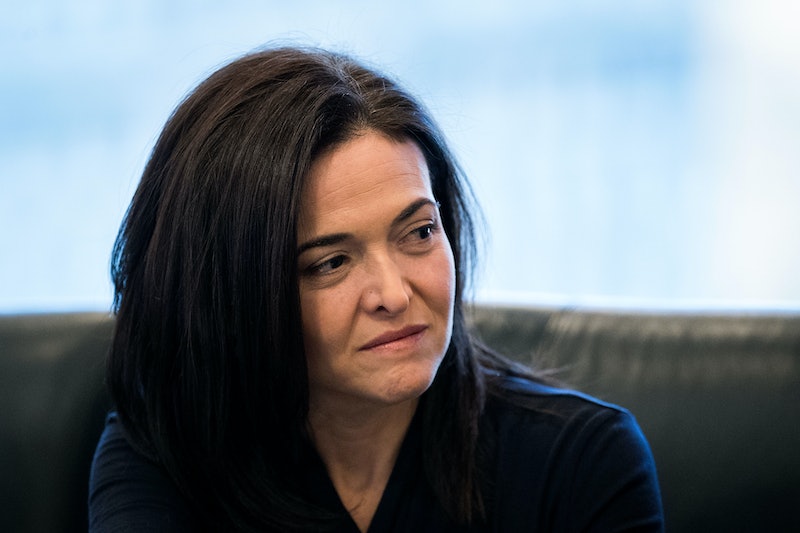 For someone who based so much of his campaign on his supposed business acumen, Donald Trump sure doesn't seem to agree with a lot of the other great business minds of the age. America's businessman in chief has many businesses coming out against his travel ban, ranging from Silicon Valley tech giants to American standards like Levi Strauss & Co. And they're not just expressing themselves on Twitter, as the man in charge is wont to do. They're expressing themselves in court, by submitting an amicus brief detailing how they believe the Trump travel ban is hurting their business.

An amicus brief is a way that outside parties can draw the court's attention to relevant material that it otherwise might not receive. So, in this case it's a way for these companies to say how they see the ban affecting them. And given that 97 companies signed onto the brief in a surprising and very rare show of cooperation across the industry, this is a case where their concerns should really not be ignored. And it's not just companies that you haven't heard of, either — you'll find Google, Facebook, Netflix, Uber, Pinterest, Microsoft, and Apple, among very many others.

Trump, of course, hasn't commented on the brief. He did unleash a flurry of angry tweets about the legal battles now engulfing the travel ban, all accusing the courts or the judge of trying to make the country less safe. The difference here, though, is that Trump didn't run by emphasizing his skill in the courtroom. It's not a surprise to very many people that he should be disagreeing with the courts when they're not willing to give him his way. However, he did constantly emphasize his skill as a businessman — so shouldn't it follow that he would take a business perspective into account, especially when it comes from some of America's most successful firms?

The think tank Joint Venture reports that 37 percent of the workforce in Silicon Valley is foreign-born, so it makes perfect sense that all of these tech companies would come out so strongly in favor of keeping immigration channels as open as possible. "Immigrants make many of the Nation’s greatest discoveries, and create some of the country’s most innovative and iconic companies," the brief states, with many of the companies filing it speaking from experience.

And yet, President Trump hasn't shown himself to be at all open to arguments like these. He also hasn't proven to be as successful of a businessman as the founders of many of the Silicon Valley companies. Sure, maybe Google+ never really got off the ground, but how many of those 97 companies have the record of failure and bankruptcy that Trump has?

Successful business perspective or not, it seems unlikely that this amicus brief will sway Trump's opinion on the executive order. For the sake of America's continued success in business, though, hopefully the court will take the argument into account as they make their decision.