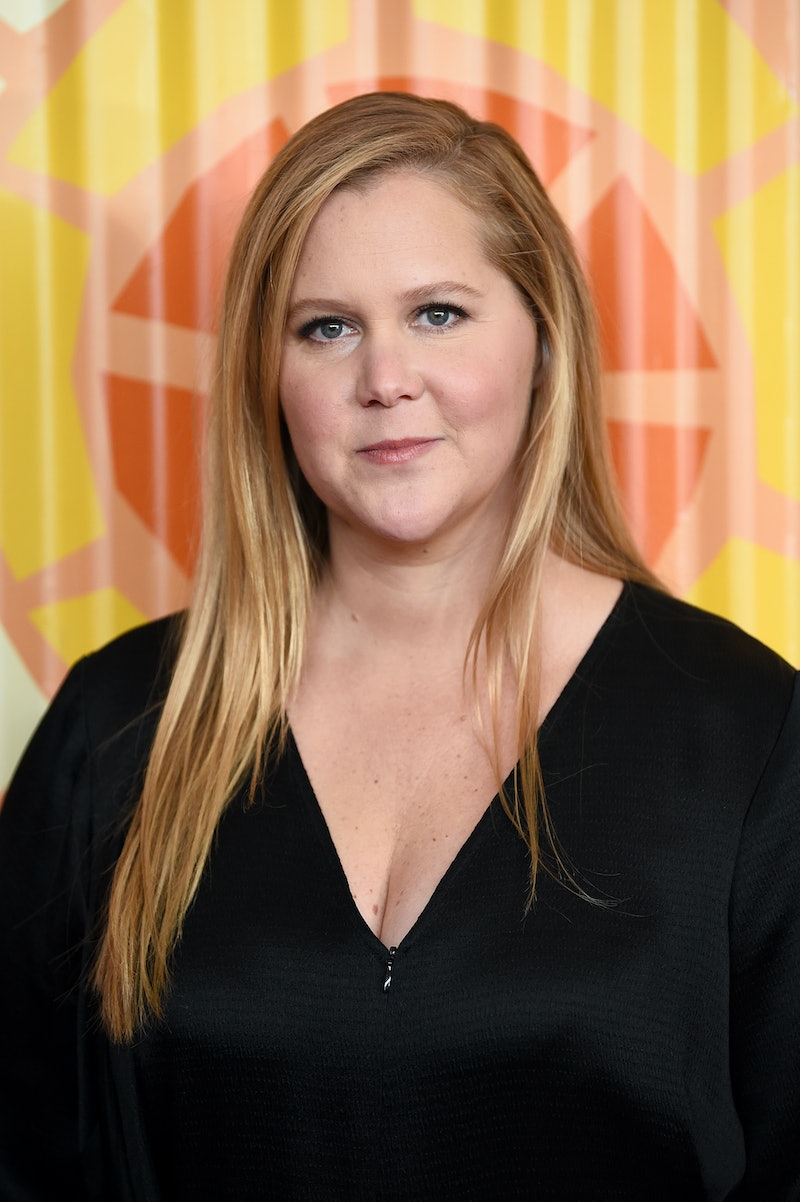 Parents get it wrong sometimes, even when naming their child, and celebrity parents are no exception. And no, we're not talking Grimes and Elon Musk naming their newborn baby X Æ A12 Musk. Amy Schumer apologized to her son Gene for his somewhat unfortunate middle name, which has now been changed after she realized it was just a smidge inappropriate for a child.

During an April episode of her podcast Amy Schumer Presents: 3 Girls, 1 Keith, the actor confessed that she and husband Chris Fischer had officially changed their baby's middle name, as reported by E! News. "It's now Gene David Fischer," she announced. "It was Gene Attell Fischer but we realized that we, by accident, named our son, ‘genital.'" Yes, when pronounced by the wrong person (or just one with a dirty mind), Gene Attell does indeed sound like the word "genital." And no child wants to be named after a human's private parts.

When Schumer and Fischer appeared on TODAY (virtually) on Monday, May 11, the couple formally apologized to their son, who was sitting on her lap. "I mean, can you believe we did that?," Schumer asked the hosts, before looking down at Gene. "What kind of an epic… How am I going to apologize for that? Gene, we're sorry. We're so sorry. We fixed it."

Gene's former middle name was reportedly a tribute to comedian Dave Attell, Schumer's close friend and collaborator who also worked on her 2015 film Trainwreck. It is not known why Gene David was chosen as his new moniker... other than it not translating to a body part. "It just means that we're, like, unstable, I guess," Schumer joked about their name mishap on TODAY, to which Fischer replied, "He'll find that out, though." Something tells me they'll be saying sorry to Gene for years to come.

The public apology was part of a larger appearance to promote their new Food Network series in which Schumer learns the art of cooking from Fischer, a professional chef. And unlike their first attempt at a middle name, the show has a more appropriate title, Amy Schumer Learns to Cook.

With assistance from their nanny Jane, they filmed the show from a country house while in quarantine, as they quickly expanded Schumer's cooking resume, which consisted of just "scrambled eggs and toast," according to the comedian. Perhaps Gene will forgive her in the future because of her now-excellent home-cooked meals?