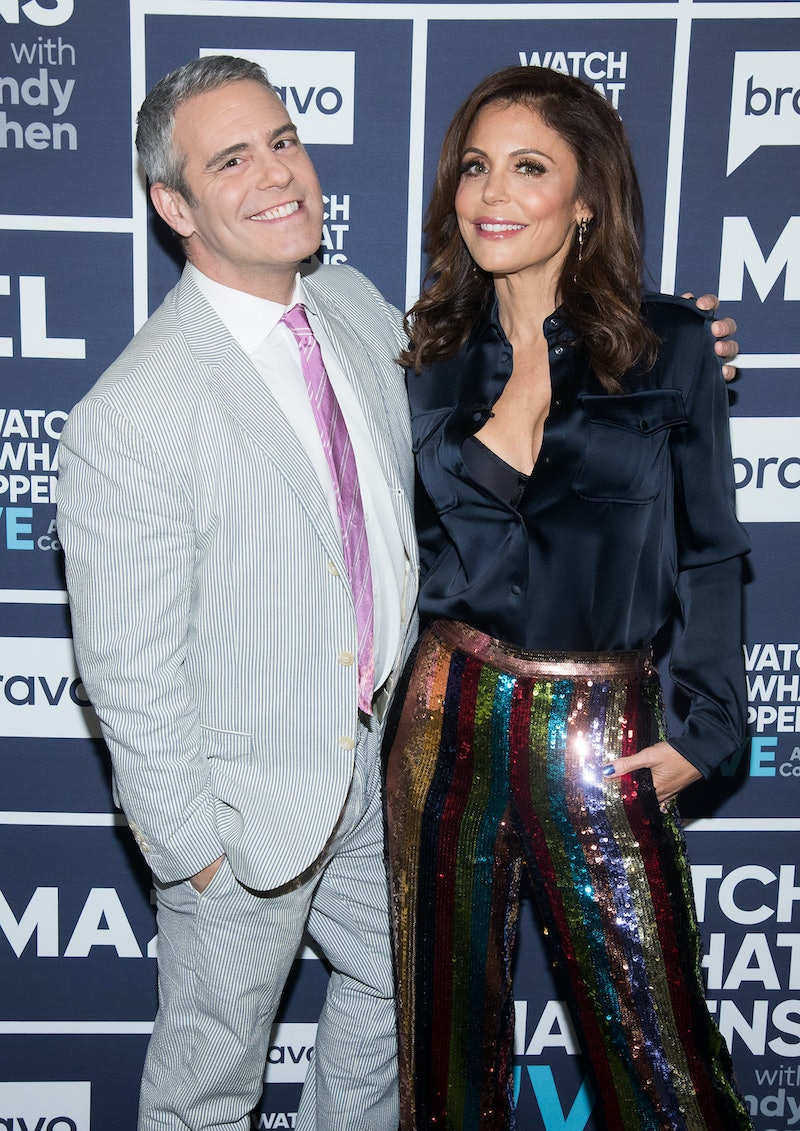 During the Sept. 4 episode of his SiriusXM radio show, Andy Cohen Live, Andy was very emotional about Bethenny's departure. According to People, he revealed, "My overwhelming feeling about Bethenny leaving RHONY, and I told her this six weeks ago were she going to leave, that I am so grateful that she came back."

Here's a quick refresher in Real Housewives history: Bethenny was an OG cast member on Real Housewives of New York who left the show after Season 3 to film her own spin-off series and a daytime talk show. Then, Bethenny made a triumphant return to Real Housewives when she rejoined the cast for Season 7. Season 11 of RHONY just wrapped up and production has started for Season 12... without the Skinnygirl founder.

During that same Andy Cohen Live episode, the host emphasized, "She already left is what we need to remember." While RHONY is always entertaining, the Bethenny-free era just wasn't the same.

Andy added, "We were so lucky to have these last seasons with her on it. And it was just so fun to have her back and she brought so much to the show that I just am living in the gratitude of her second return." That is such a good point. Fans should appreciate what they've been able to experience instead of just complaining about what is gone.

Even though Season 12 hasn't even finished filming yet, the Watch What Happens Live host is still looking forward to another Bethenny comeback. He explained, "I will hopefully live in the gratitude of her third return, because we are much like the mob — you can’t get out." Fingers crossed that she eventually returns to her OG fans.

Even if Bethenny doesn't officially return as a cast member, Andy holds out hope for a cameo appearance at some point.

Andy said, "Who knows? She now, she’s so still a part of everything that’s still going on that you almost could see her dropping in and it’s like, ‘Oh my god. Okay! Bethenny’s at a party! Bethenny’s on this trip!’ You never know."

Considering how busy Bethenny is, this is very unlikely, but it would be nothing short of amazing if this did happen. There are few things more captivating than watching Bethenny on a Real Housewives vacation.

Ultimately, Andy declared, "I look forward to her in any capacity on the show and I’m just grateful that she was back." And so are the viewers, Andy.

On Aug. 21 Bethenny penned a thank you note to the viewers, which concluded with a nod to her Season 1 tagline: "New York City is still my playground." Let's just hope that's an indication that Bethenny would be open to a comeback. The third time's the charm, right?