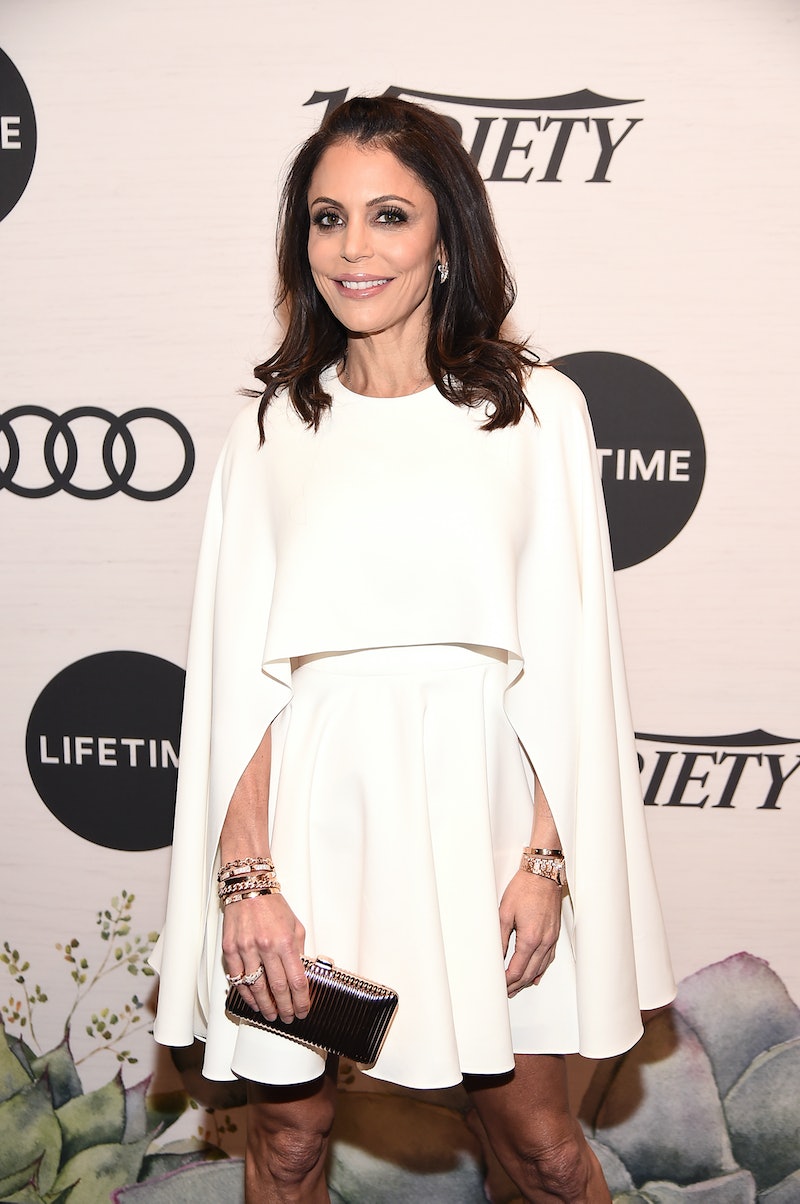 You're gonna miss this B. Bethenny Frankel will not return to The Real Housewives of New York City, the Skinnygirl founder revealed to Variety on Aug. 21. “I have decided to leave the Housewives franchise to explore my next chapter,” she said in a statement ahead of the Bravo series' upcoming Season 12. “It’s time to move on and focus on my daughter, my philanthropy and my production partnership with Mark Burnett, producing and starring in shows which represent a shift in the conversation for women."

Sharing that she now wants to "highlight the strength, confidence and unstoppable power that women have," Frankel called her time on the network an "incredibly magical ride." She further expressed her gratitude for having a platform to promote her professional endeavors and to also "pave the way for many women to achieve their goals."

Frankel joined RHONY when it premiered in 2008, before departing the series during 2010's Season 3. After starring in her own spinoffs, Bethenny Getting Married? and Bethenny Ever After, Frankel rejoined the show during its seventh season in 2015 and has remained a full-time cast member ever since. She also appeared in a 2018 real estate-themed reality show, Bethenny & Fredrik, with fellow Bravolebrity and Million Dollar Listing New York star Fredrik Eklund.

As noted by Variety, Frankel signed a deal with MGM Television and Mark Burnett in March under which she will develop unscripted projects that she will executive produce and potentially appear on camera.

"I am excited for my future," she concluded her statement. "The best is yet to come.”

After the news broke, Frankel took to Instagram to share a heartfelt, "personal" note to fans, thanking them for sticking with her. "You started this journey with me in my tiny apartment in my late 30s, wondering what would happen to me," she captioned a screenshot of her Season 1 title sequence and inaugural tagline. "I was broke, single, had no family and no idea what the future held."

The B Strong charity founder also recounted some of the highs and lows she experienced over the past decade — and expressed her appreciation for fans' part in helping her navigate her way through them.

"I would read your letters and messages and grow from your struggles," Frankel wrote. "You would give me your honest opinion about my products and projects and helpful advice about divorce, relationships, motherhood, miscarriages, health, and surviving the death of a loved one and almost my own. You have shared your ideas with me and I have been inspired by and learned from you."

True to form, she ended the post: "PS: New York City is still my playground..♥️xo♥️.B"

As it turns out, Frankel's RHONY castmates were just as shocked as viewers about her exit. As Ramona Singer revealed to People, "Bethenny did not inform her costars that she’s not coming back to the show." Although she said she was "disappointed," that she had to learn the news through the media, Singer respects Frankel's decision and wishes her well.

“Bethenny found love in her life, and it’s so fantastic that she’ll be taking the time to grow that relationship away from the cameras and to explore other business opportunities,” added Singer, referencing Frankel’s boyfriend Paul Bernon.

On social media, stunned fans — both famous and not — reacted to the news as well. "Bethenny you changed the game in so many ways!" actor Leslie Grossman commented under Frankel's goodbye post. "No one gave better confessional or could slay a reunion with incredible style wit and humor quite like you did. Wishing you and your peanut nothing but health an happiness in all of your future endeavors. You will be so missed! ❤️❤️❤️"

Among the many other social media well wishers were: Eklund, RHOBH's Kyle Richards, RHOD's Stephanie Hollman, and a "happy but heartbroken" Michael Rapaport.

Although Frankel surely wont be off of TV for long, she'll clearly be missed on RHONY.