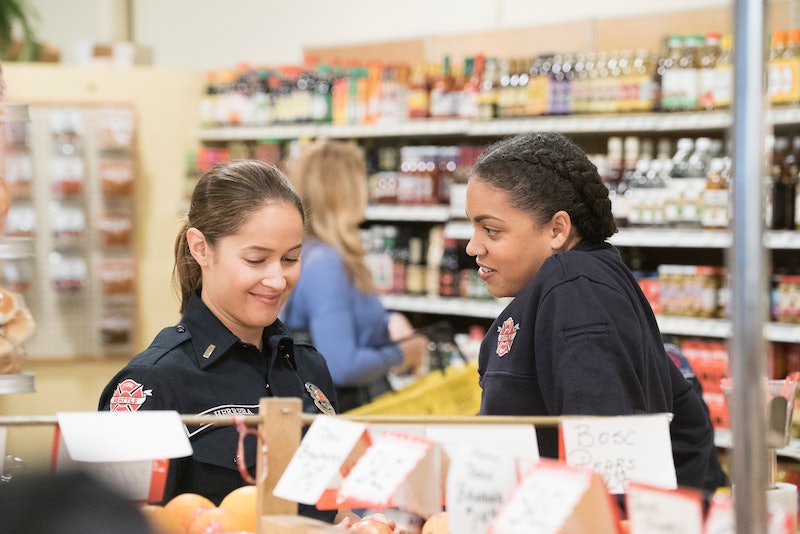 Shonda Rhimes has cracked the code for good television. First, you get some great actors who can portray a variety of walks of life, and then you put them in death-defying situations. Some of them have to fall in love, and some of them have to break up and make things super awkward. Some can die, and then some can be put to use in a well-intentioned but terribly executed musical episode. Others will beat a person to death with a chair, and others will be subjected to plot lines that even the characters can’t follow. Station 19 is too new for many of these devices, but one thing it does seem to have down is the friendships. Like Meredith and Cristina before them, Station 19’s core crew of Andy, Vic, and Maya show that it’s all about having good friends like Meredith and Cristina.

From the moment that Cristina and Meredith met on their first day at Grey Sloan (then Seattle Grace), they were fast friends. They were both tough and skilled, and they both had the drive to succeed in their field. When Cristina scheduled an abortion and needed a next-of-kin to drive her home, she chose Meredith, telling Meredith that she “was her person.” Cue the tears, amirite?

Over the next 10 years, before Cristina left the hospital to start running things at a clinic in the Alps, Meredith and Cristina fought and screamed and hugged and cried and laughed, even sleeping in the same bed. Derek was Meredith’s husband, but Cristina was Meredith’s person because she reminded Meredith that she was the sun and Derek couldn’t dull her shine. That’s what everyone needs — a person who sees you for how great you are.

On Station 19, Andy, Vic, and Maya are the only three women in their station, and because of this, they have a pretty intense bond. They’re in a male-dominated field, and so they very much stick together, and not just because they have to run into burning buildings as a unit — they like each other. Andy and Maya are always in the front of the firetruck, hashing out the latest drama of the squad, Jack. In a recent episode, the three, after a particularly traumatizing day, sat on Andy’s front porch, sipping tequila and talking about whatever — life, men, Andy’s pressure-cooker new job.

One filament runs strong through the friendships in Shondaland shows — these women are typically in high-pressure situations, situations where no one would understand what you do every day except if they do it next to you. While we haven’t seen Andy, Vic, and Maya reach levels of Cristina-and-Meredith closeness, the potential is there, because they need to lean on each other to feel sane. It’s not all about talking about men — it’s about feeling understood and safe in life-or-death situations, and these friendships fulfill that. Romantic relationships come and go, but as we saw with Cristina and Meredith, true friendship can get you through anything.

So, what’s next for the trio on Station 19? Anything goes, especially since Cristina and Meredith lived through a plane crash, a shooting, a hurricane, and ferry crash, and more weird diseases than you can shake a stick at. But the point is that these three women will be better equipped to deal with disaster because they have the bonds to fall back on. While Maya, Vic, and Andy aren’t kicking their respective partners out of bed to make room for the others just yet, we’re sure to see another true, amazing representation of female friendship on Station 19 as we saw with Cristina and Meredith on Grey’s Anatomy.