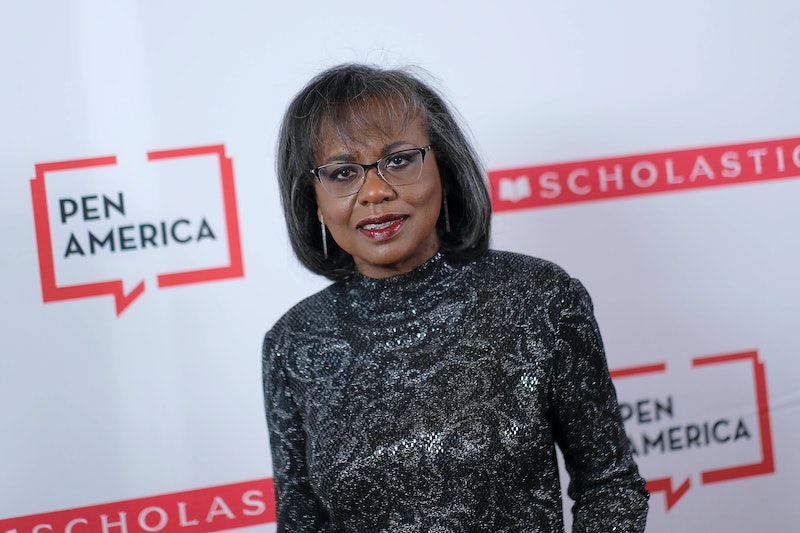 The list of 2020 Democratic presidential contenders is almost too long to keep up with, but one prominent lawyer says she doesn't think that all candidates are being treated equally. In an interview with The New York Times, Anita Hill said women running in 2020 aren't being taken as seriously as their male counterparts, and added that it could be harmful in the long run.

"And I think if we don’t take them seriously as presidential candidates, we are not going to hear those voices,” she told the paper. “And that would be a tragedy."

Hill became a household name in 1991, when she testified before the Senate Judiciary Committee about her accusation that then-SCOTUS nominee Clarence Thomas had sexually harassed her. Thomas has repeatedly denied Hill's allegation.

At the time of her hearing, then-Sen. Joe Biden presided over the committee. In the years afterward, he has faced criticism for how Hill was treated while she delivered her testimony, per The Times. That being said, she told the paper that her observations about the women running in 2020 were not necessarily a jab at Biden, who is one of the men running for the Democratic presidential nomination.

“I don’t know that it’s just him," Hill said. "I think that that presumption about women as vice presidential choices is not just about Joe Biden specifically, it’s about Joe Biden as the front-runner.”

The Times reported that Biden called Hill before he announced his candidacy, to express "his regret for what she endured” during her appearance before the Senate Judiciary Committee. She told The Times that those sentiments didn't cut it for her.

"I cannot be satisfied by simply saying, ‘I’m sorry for what happened to you,’” she told the paper in April. “I will be satisfied when I know that there is real change and real accountability and real purpose.”

In an interview with NPR, also on Tuesday, Hill said that when it comes to presidential elections, the American people do not need to "just to take the lesser of two evils."

"I don't think that we have to make those kinds of choices. I think we can expect more from our leaders. We have with us information that suggests we have a public crisis around sexual violence," she said, per NPR. "We need people in place — and that's leaders in public and private sectors — to confront this issue and put into place policies and practices throughout the government and throughout our institutions generally to address it."

On Tuesday night, Hill received the PEN courage award at the 2019 PEN America Literary Gala at the Museum of Natural History in New York City. At the gala, The Times reports, Hill said that if she was given the chance to testify before the Senate again, she would take it.

“It’s taken generations to get the privilege that I have to write and to speak out, with the truth, and to speak to truth to power,” she told attendees, according to the AP. “It’s taken that long and I will never, never give it up.”