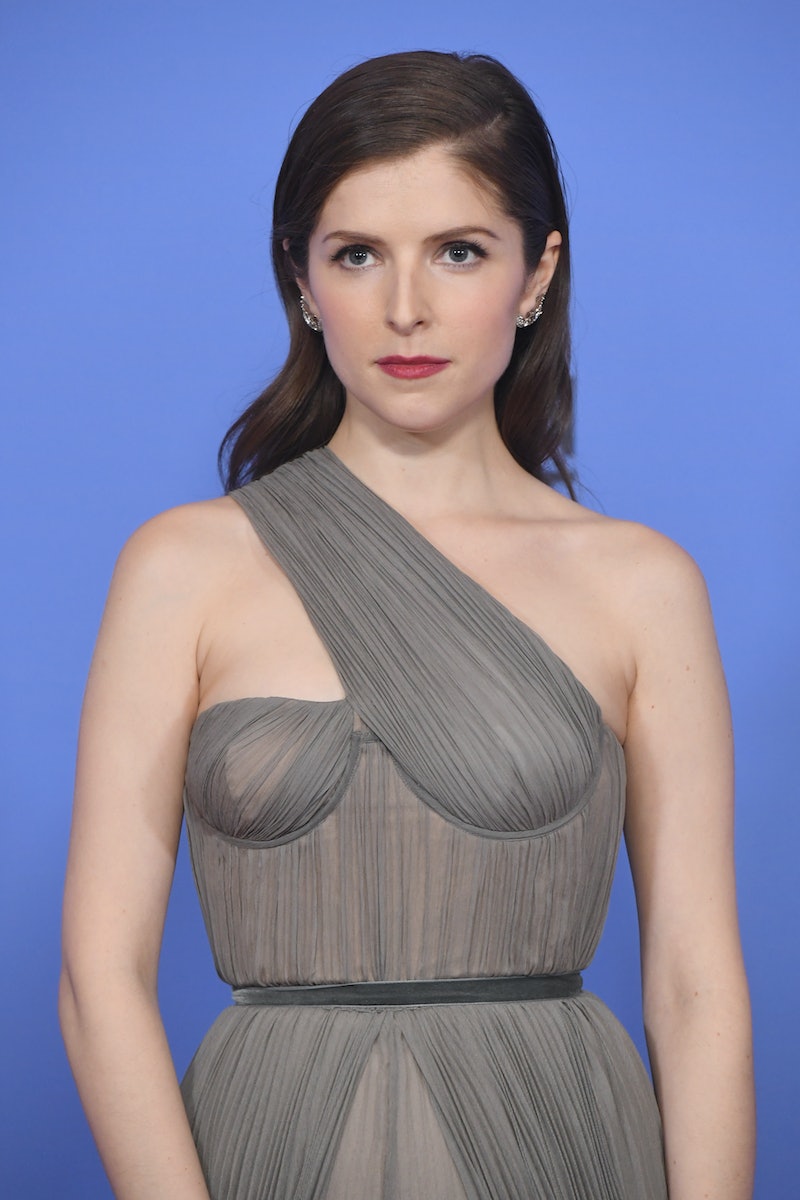 At 73, Barry Manilow is opening up for the first time about his sexuality in a candid and honest chat with People. Unfortunately, rather than celebrating his bravery, many are choosing to use this as an opportunity to make insensitive comments about the timing of the interview. Thankfully, there is someone like Anna Kendrick who is supporting Manilow on Twitter with a tweet that not only shows why his courage is something to be admired, but also slams all of the not-so-funny tweets noting they "already knew" the singer is gay.

For those unaware, in 2015, Manilow married his manager, Garry Kief. He first met Kief in 1978 and it was love at first sight. "I knew that this was it," he told People of meeting his husband. "I was one of the lucky ones. I was pretty lonely before that." Furthermore, what makes his interview important is that he's forever remained mum about not only his sexuality, but also his 40-year romance with Kief — until now. "I’m so private," Manilow he said. "I always have been." It's not about whether or not you knew he is gay, but that Manilow is now comfortable enough to express it.

Just because Manilow has chosen this moment to talk about his sexuality doesn't mean that this is his grand declaration to the world, "I'm gay." Also, who cares about the timing of it all? It doesn't matter. After the 2015 reports, he's well aware that most everyone knows that he is married to a man. It's that the "Mandy" singer wasn't ready to have a conversation about it with the world.

Let's all remember that when or if anyone is ready, willing, and able to talk about a part of their life, they will do it on their own terms. It's their choice when they want to open up about something that is important to them. And it's been Manilow's choice to remain silent. Now, he's ready to let his voice be heard in a different way than his fans are used to.

Speaking of his fans, the "I Write the Songs" musician was worried they wouldn't respect him anymore because of his sexuality. "I thought I would be disappointing them if they knew I was gay," he admitted. "So I never did anything." However, after his marriage made headlines in 2015, Manilow realized he couldn't have been more wrong. He said, "When they found out that Garry and I were together, they were so happy. The reaction was so beautiful — strangers commenting, 'Great for you!' I’m just so grateful for it."

That's the type of response Manilow should be receiving online for his People interview, but many people are reacting much more harshly and many are especially snarky. One particular person actually tweeted, "Barry Manilow came out as gay. In other news that everyone already knew, I am Luke Skywalker's father." A different individual wrote, "Lol! Everyone already knew about Barry Manilow, except Barry Manilow apparently..."

Thankfully, there are others, like Kendrick, who have Manilow's back. As someone posted, "Barry Manilow coming out isn't about how many already knew, but the courage it took him to say it. Happy for him. Shut up you cynics." Another person dropped the mic by tweeting, "heres a question, if yall already knew barry manilow was gay, why haven't you created a world where hes comfortable expressing it?" Boom. So if you're someone tweeting they "already knew" about Manilow's sexuality or questioning why he's "coming out" now, please stop.

This interview is Manilow's way of being brave enough talk about a part of his life that he's kept private for years. He wasn't comfortable enough before to let his fans and those who don't know him personally see this side of him. To finally be able to let fans in and show a side of him that not many know is actually quite huge. It's a milestone. And it also has to be a great feeling for Manilow to be able to let his guard down and to discuss Kief without hesitation.

Manilow should be applauded, not questioned or belittled for saying something deeply personal. Guess what? This isn't about you and what you "already knew," but about Manilow's journey.