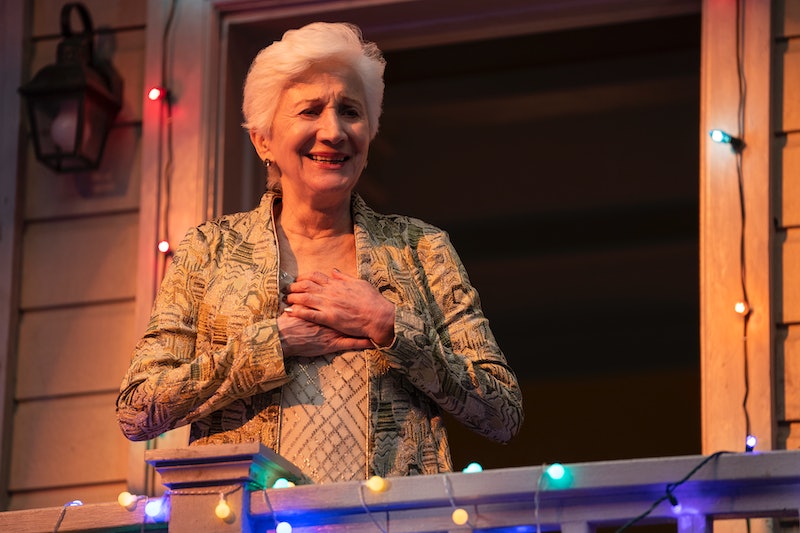 Friday brings the arrival of Netflix's Tales of the City, a continuation of the groundbreaking 1993 miniseries based on Armistead Maupin's novels about 28 Barbary Lane, an apartment complex that's brought together a special set of people in San Francisco's LGBTQ+ community. Of course, those familiar with the show's source material know that Barbary Lane's landlady Anna Madrigal, isn't based on a real person. But at this point, she may as well be: the character's life has been catalogued through nine books, three installments of the miniseries, a musical, and now this Netflix sequel. Suffice it to say, she has a well-documented place in LGBTQ+ history.

For those being introduced to Tales of the City for the first time, Anna is a transgender woman who grows marijuana in the backyard and opens her doors to anyone in need of a place to stay. With Barbary Lane, she created a found family of queer characters all looking for somewhere that they can feel like they belong. And like all of the characters in Tales of the City, she was molded from Maupin's own life and experiences.

"Those characters and the way they react to things are just me," Maupin said on NPR's Weekend Edition in 2014. "Almost everybody at 28 Barbary Lane is, in one way or another, drawn from my own soul. [...] I just tried to use my own experience."

In an interview with The Mercury News, Maupin touched on which parts of him make up Anna in particular. "She's the only character in the Tales series with a little bit more elevated consciousness than I have," he explained. "I think she's what I aspire to be, and that is patient and kind, someone who keeps a rueful eye on life and doesn't let it get to her."

In the same interview, Maupin recalled that during the '70s in San Francisco, many homes like Barbary Lane sprung up as the city became a haven for the LGBTQ+ community. Ann is the undoubted anchor of Tales of the City, but it's the found family Barbary has brought together that ultimately drives the story. Maupin even named his memoir Logical Family, defining the term a "where you feel safe and where you're loved unconditionally," according to The Washington Post.

In Netflix's revival, the old gang — and the new generation of residents who have since found solace under her roof — are again united around Anna, this time for her 90th birthday. The reboot has a lot of the original's humor and lightness, but there's a sadness to it as well. When Maupin's book series ended in 2014, the country was united around marriage equality, and it looked like the future was bright for the LGBTQ+ community. Only four years later, and we're already stepping backwards, particularly when it comes to transgender rights — which only further hits home why giving Anna and her story a second life on Netflix is so necessary.

Tales of the City hits Netflix on June 7.