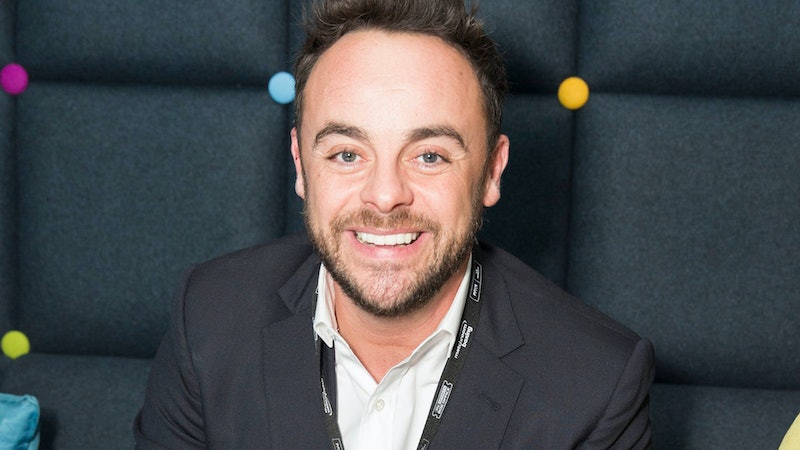 For many, a new year often means a new start, and it seems this is the case for one half of Britain's most beloved double act. During today's episode of Good Morning Britain, entertainment presenter Richard Arnold revealed that Ant McPartlin will return to Britain's Got Talent with the filming of the London audition portion of the show tomorrow, Friday Jan. 18.

The news comes after Britain's Got Talent creator Simon Cowell told the Mirror in June last year that he was "almost certain" McPartlin would be back for the 2019 series. "Maybe the pressure was more than I realised. I will support Ant when he comes back [...] He's taken a step back because his health is way more important than a TV show," Cowell said.

Donnelly also spoke of McPartlin's return, telling the Mirror in December: "It's back to normal for BGT — fingers crossed it will be great." McPartlin himself mentioned his return in a statement on the official Ant and Dec website in March 2018, implying that he'd be back to work in 2019:

"My recovery is going very well and for that to continue, having spoken to Dec and ITV, I have made the decision to take the rest of the year off. I'd like to thank both Dec and ITV for their continued support and I look forward to getting back to work in the new year."

During McPartlin's absence, Donnelly took the reins, finishing up the final episodes of Saturday Night Takeaway, hosting the live shows of Britain's Got Talent, and co-hosting I'm A Celebrity... Get Me Out Of Here with Holly Willoughby. McPartlin tweeted his support for Willoughby and his long-time TV partner before the first I'm A Celeb episode: "All the very best of luck to the little fella and @hollywills for the show tonight," the tweet read. "Lots of love from the big fella!"

The Donnelly-Willoughby I'm A Celeb series was met with fantastic ratings of 12.6 million viewers, according to Radio Times. "There is nobody I would have preferred to have stood next to," Donnelly told the Mirror. "We were thrilled with the ratings, they were absolutely great. Holly has been fantastic too, just brilliant. She was the one I wanted and I am thrilled she did it." Same, Donnelly, same.

And while I'm going to miss the hilarity between Donnelly and Willoughby on I'm A Celeb, I am so excited to see Ant and Dec back together again. Although there will be no Saturday Night Takeaway until next year, McPartlin will surely be welcomed back with open arms to Britain's Got Talent and I'm A Celeb.

And even though it felt strange to see only one half of the duo presenting their most iconic shows, McPartlin put the most important aspect of life first: his health. As Cowell said during his interview with the Mirror, "He's not a bad person, he's not the only person these things happen to. He's in the public eye. It's a wake-up call, it's as simple as that."