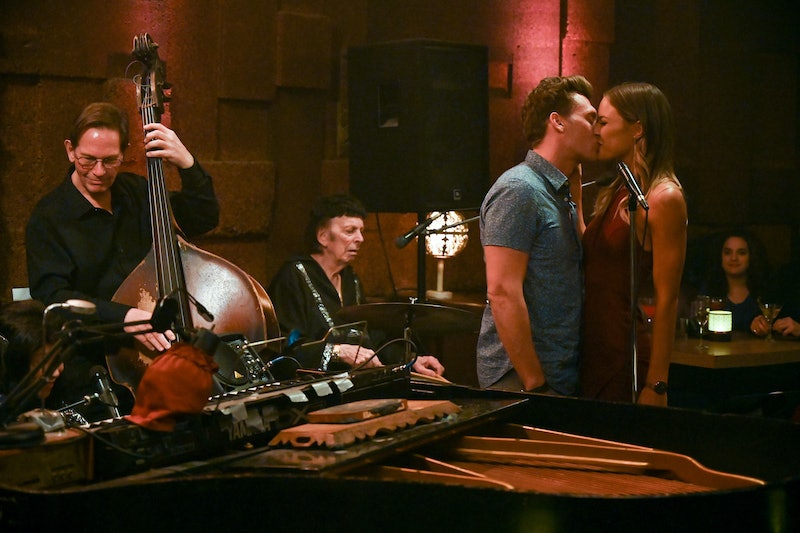 Even though Brandon gave Savannah his rose during Week 2 of The Bachelor: Listen to Your Heart, he seems to be keeping Julia in his back pocket, and the teaser for Week 3 hints at an intensifying love triangle between the three. Instagram, however, may spoil how things shake out: if any of them end up together, it's likely Brandon and Savannah, considering they at least follow each other. Brandon and Julia, on the other hand, do not.

Brandon and Savannah have also liked each other's recent photos, which may not mean anything more than that they're on good terms. Brandon told Savannah early on that he wasn't sure about committing to anyone, and an IG like does not equate to a relationship. But it's at least proof that they get along well enough to keep in touch, and their first did go well. "I hope that tonight was a moment that he could hold on to, to know that more could come from this," Savannah told the cameras. It was enough for Brandon to pick her over Julia, so why is he still flip-flopping?

Julia, meanwhile, is torn between Brandon and Sheridan, even after she and Sheridan had a magical date of their own. "I'm torn because I have connections with both of you," she told Brandon before the rose ceremony. "But I'm looking for... the thing. That's why I'm trying so hard to figure things out."

Julia may have leaned in for the kiss then, but now, she doesn't even follow Brandon on Instagram. She only follows Sheridan (and he follows her back). That most likely means that things didn't work out with Brandon and she stuck with Sheridan, whether or not they're still together today. But based on the promos ahead, there will definitely be some drama in between.