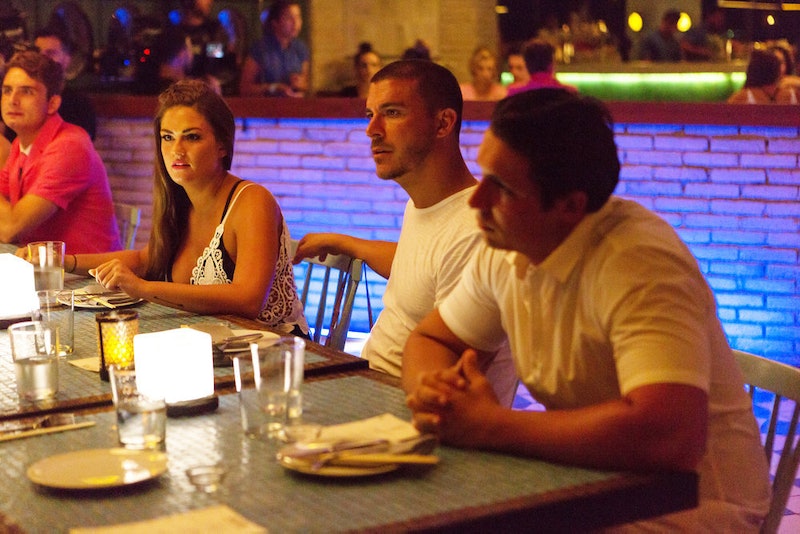 And how do I know that Brittany and Jax are together again in 2018? Well, about every other social media post that either of them has put up on any channel recently about the other. This season actually filmed months ago, but the couple doesn't seem to be trying to keep any secrets about their reconciliation on their personal social media accounts. So much for spoiler warnings. And Jax seems to be trying to make up for these past several months, as most of his posts are heartfelt confessions In a recent Instagram caption, he wrote, “I mean I can’t believe I go to bed with this every night, I don’t think I could be any luckier than I am now. Not only is she a goddess but she is the most amazing woman in the world. I love her with everything in my heart… I love you Britt. You are my angel and can’t imagine my life without you.” And since Twitter revealed that they were both in Kentucky (where Britt is from) at the time all of these episodes were airing, it seems like their split didn’t last that long.

That’s not to say, though, that reliving all of these moments in Season 6 of Vanderpump Rules was easy to stomach. In an early 2018 interview with Bustle, Brittany said, "It's really hard to re-live it because we're trying so hard to get past [the cheating. Just having to go through it all, and have everybody know… it's just really embarrassing. It's hard to forget about it when people are talking to you about it every single day. It just makes it tough." It is probably especially hard for Brittany because every piece of press that she had to do for…. Oh, all of 2018 so far has been about Jax and why she hasn’t left him yet. Her friends keep asking her, too, why she hasn’t left this man. To that, she said, "You know, I'm the one who was going through it and I'm the one who was with him every day, I'm the one who knows him better than anyone else in the world, and you just have to think about what you want, yourself, and stick with your decisions."

Live and let live – that’s what I say. But I also say that Brittany needs to watch the tape of Jax in Season 6 and put some hardcore, put-up-or-shut-up rules in place. Jax is trying to work on himself, but until he can let people blame him for things and not counter with, “You’re not perfect either!”, Jax needs to be on probation. Taking responsibility for your actions isn’t weak or weird — it’s actually just adult. Jax can’t be a truly giving partner until he’s okay with his own self, and I guess that the reiki and the therapy are meant to show that he’s working on it. But if I were Brittany, I’d need him to work harder, okay? At the end of the day, Jax and Brittany’s relationship is their business, but if these two want to make it until death do they part, Jax has to put in the work to deserve his "angel."

More like this
These IG Clues Seem To Confirm Sal & Jessi’s Relationship Status After 'Love Is Blind'
By Grace Wehniainen
Shaina & Christos Explain How 'Love Is Blind' Led To Them Getting Married
By Grace Wehniainen
What’s New On Netflix: Ana De Armas’ 'Blonde' & A Nick Kroll Special
By Arya Roshanian
Everything To Know About 'RHONJ' Season 13
By Brad Witter and Jake Viswanath
Get Even More From Bustle — Sign Up For The Newsletter