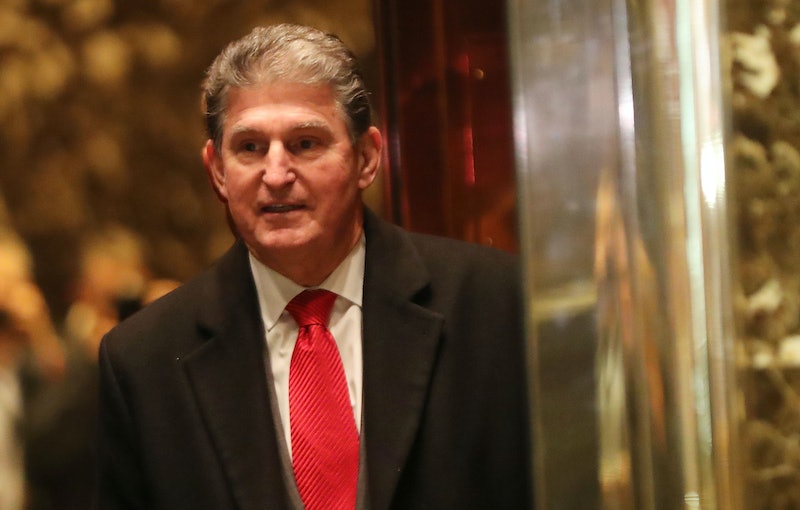 The confirmation process of Senator Jeff Sessions for attorney general was deeply divided along party lines. Democrats held the floor in contempt of his confirmation throughout Tuesday evening, with the brawl drawing to contentious close after Senator Elizabeth Warren was formally barred from speaking. Fittingly, Sessions' confirmation Wednesday afternoon held true to those same party lines, but with some exception: Democratic Senator Joe Manchin voted to confirm Sessions, showing his allegiance to the new attorney general. His crossing of party lines begs the question of whether or not Manchin and Sessions are friends or knew each other previously.

Manchin has indeed confirmed that he and Sessions are friends. Though Sessions has faced allegations of prejudice that stem back to the 1980s (he has firmly denied them), Manchin characterized these remarks as partisan politics, unlike some of his Democratic colleagues including Warren, Senator Cory Booker, and Congressman John Lewis.

But this did not seem to in any way affect Manchin's decision to vote for Sessions. In short, the Democratic Senator believes that these characterizations were not representative of whom Sessions is as a friend or lawmaker.

He discussed this in a January interview with Fox and Friends, saying:

Jeff Sessions has my vote, he’s my friend. I’ve built relationships and friendships here. I don’t care whether they’re Democrats, Republicans, independents. We were sent here, basically sent here to work to make America better, and Jeff Sessions, I’ve known him for six years. We’ve been friends, we talk about an array of things. I have never detected — never one ounce of detection — that Jeff Sessions is what they have said.

Wednesday's vote made it clear he continues to stand by this previously made point.

Manchin also dismissed accusations that Sessions is "too conservative" for the position. "Well, some people are too liberal," he defended.

He said that the bottom line ultimately came down to the fact that President Trump won the election (a reality I still grapple with daily). Because of his general election win, Manchin says, Trump ought to be able to put together the cabinet that he wants with limited Democratic interference. So long as Sessions passes the needed vetting such as the background check, ethics check, and financial disclosures, there should be no reason that he shouldn't be confirmed.

And so he has. With the support of the Democratic senator, Sessions was confirmed in a 52 to 47 vote.