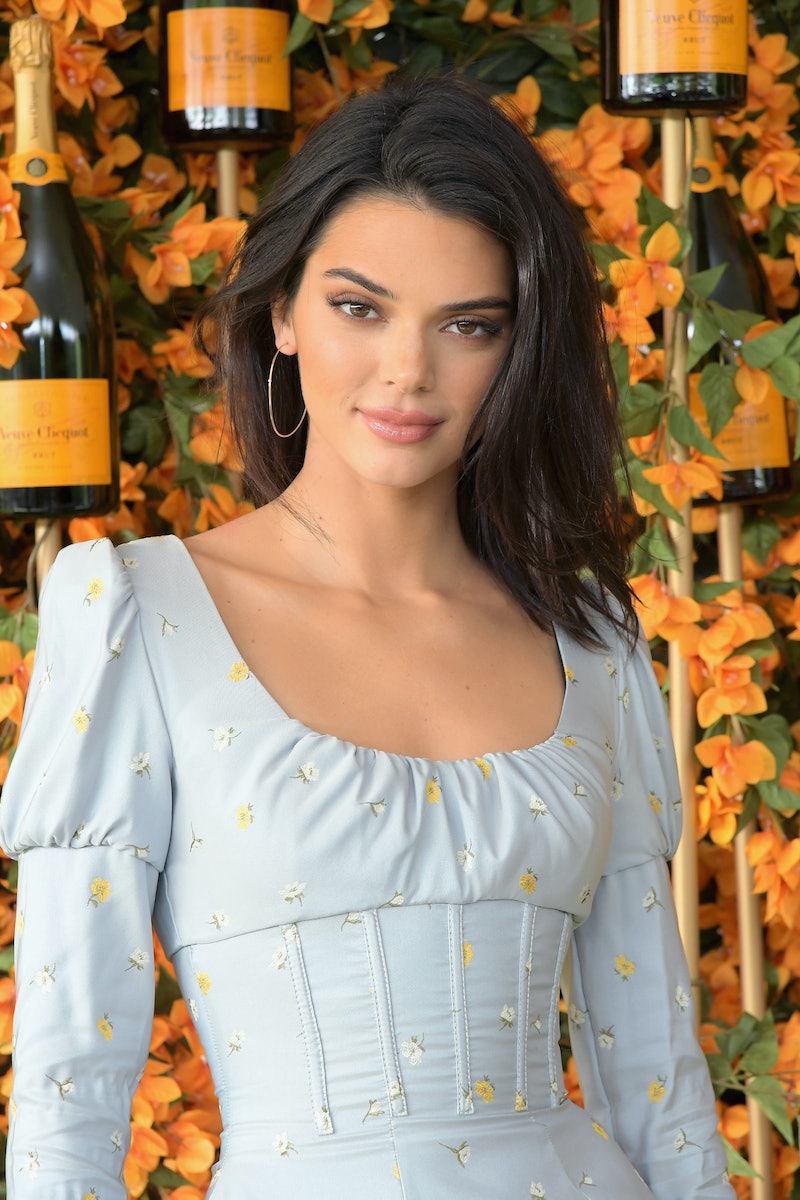 There's alway so much Kardashian/Jenner news to keep up with, but it's especially difficult to keep track of what's going on with Kendall Jenner. The supermodel is very private with her personal life, especially in comparison to her sisters. Recently, Kendall Jenner was spotted at Ben Simmons' basketball game, according to Page Six. So does this mean that they're back together? Are they simply friends who are on good terms? Is she just really into basketball? (Bustle reached out to Jenner's rep for comment, but did not receive an immediate response.)

Just like most speculation surrounding her love life, there's pretty much zero chance the reality star will actually address this. This means that her fans will have to piece together circumstantial evidence and form their own conclusions. According to that Page Six article, the Keeping Up With the Kardashians star was at the Barclays Center in Brooklyn to watch Simmons' team, the 76ers, play against the Nets on Nov. 4. Did she just happen to be in the New York area or was she there specifically for Simmons?

Additionally, a previous Page Six article reported that Jenner and Simmons were spotted together in Philadelphia on Nov. 1 at the Elbow Lane bowling alley. An inside source claimed, "The party was drinking wine and having some bites as they bowled ... Kendall and Ben were having a great time with friends partying after his hometown victory."

The NBA player and the model were initially linked back in May, thanks to another report from Page Six. In June, an "inside source" told People, "Kendall and Ben have spent the past few days together in L.A." That same person remarked, "They do seem a bit more serious."

In that same People article, a different source said, "They seem to have a great time together. Kendall looks happy with Ben." That person also commented, "You can tell she is enjoying her summer." It sure does seem like she did — not that she's ever commented on the reported romance in any way, shape, or form.

In July, Jenner went to Puerto Vallarta, Mexico with Simmons, her older sister Khloé Kardashian and Kardashian's NBA boyfriend Tristan Thompson. A family vacation does seem like a pretty big deal, right? Or maybe not, considering that athletes and reality TV stars are working with a far bigger budget than the average person. For all we know, this could've just been a "casual" outing for the two of them.

The Kardashian/Jenner family is known for being so open about their personal lives on social media, in interviews, and during episodes of KUWTK, of course. And then there's Kendall Jenner. She's definitely the most low-key sister, which just increases the intrigue surrounding her personal life. Will she ever address the speculation about her love life? It isn't too likely, but that doesn't mean the interest is going to die down at any point soon.