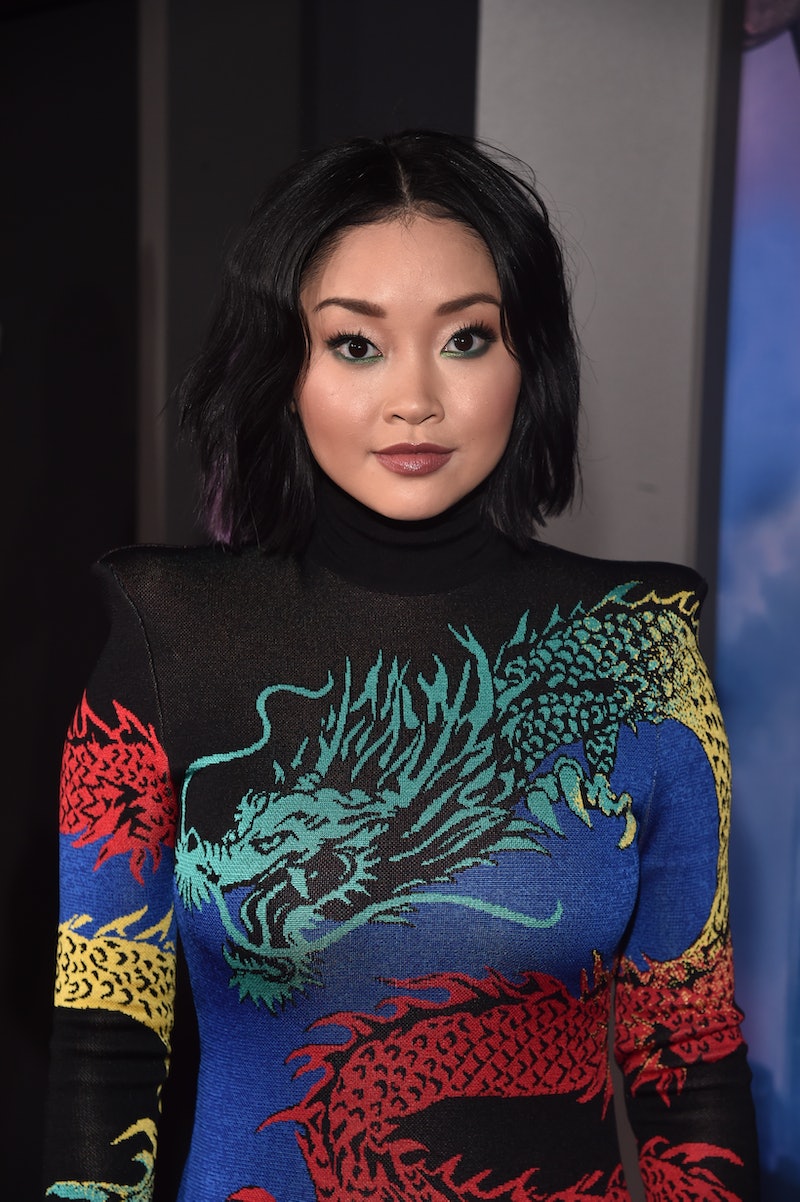 To all the hair looks Lana Condor had before, none of the hairstyles of her past can compete with the look of her present. From lengthy black locks to super short waves, Lana Condor changed her hair again and now has bangs. This year has been full of bang debuts, so what's one more from the famed rom-com actor.

The Deadly Class star sought out another drastic hair change since cutting off her iconic back-long hair that fans marveled over in her role as Laura Jean in To All The Boys I've Loved Before. Condor announced she'd went total fringe on her hair after hair stylist Matt Fugate posted the look to his Instagram

"RINGE BENEFITS @lanacondorrocking a look to @prabalgurung #nyfw," he captioned the photo.

When you get a front row seat to New York Fashion Week, why wouldn't restyle your hair a third time for a set of messy fringe bangs? It's literally the 2019 hair trend.

The actor wore a light layer of makeup with touches of pink in her cheeks and in her eyes. The rest of her makeup in the photo consisted of a bright bold magenta pink that matched her pink and purple floral dress seamlessly.

Condor took to her Instagram stories to post images from the Prabal Gurung fashion show that she had cut her hair for. One of her Insta clips featured Bella Hadid in a long black gown to which Candor would only caption with "Gorgeous".

Condor rocked a purple and pink floral satin dress with chiffon sleeves and threw on a matching pair of hot pink pointed pumps.

Many of Condor's fans were floored when she'd cut off all of her hair from her role in To All The Boys, but it was later revealed that she conducted the big chop for Deadly Class of SyFy

For fans of the popular Netflix film the young actor made her debut in, the streaming platform has already announced a sequal for To All The Boys is coming, so we'll definitely be seeing this new short look on the small screen (and an even smaller screen if you're watching on a smart phone).

Your immediate reaction might have been to take a pair of scissors to your own hair, but don't get too hasty, because according to Cosmopolitan, Condor's bangs are clip-ins, a realistic-looking service The Hair Shop, who was tagged in Fugate's photo, is known for. Whether or not the bangs are real doesn't really matter because it's dark, demure, and slaying NYFW according to fans.

Curly and fringe bangs have slowly been making their way onto celeb heads all throughout awards season. Sandra Oh debuted her curly bangs at the Critics' Choice Awards as did Crazy Rich Asians and Fresh Off the Boat star Constance Wu with a straight pair of bangs.

Since Fashion Week has arrived in New York again, now is just as good a time as any to add some spice into your life, and maybe even on your forehead.