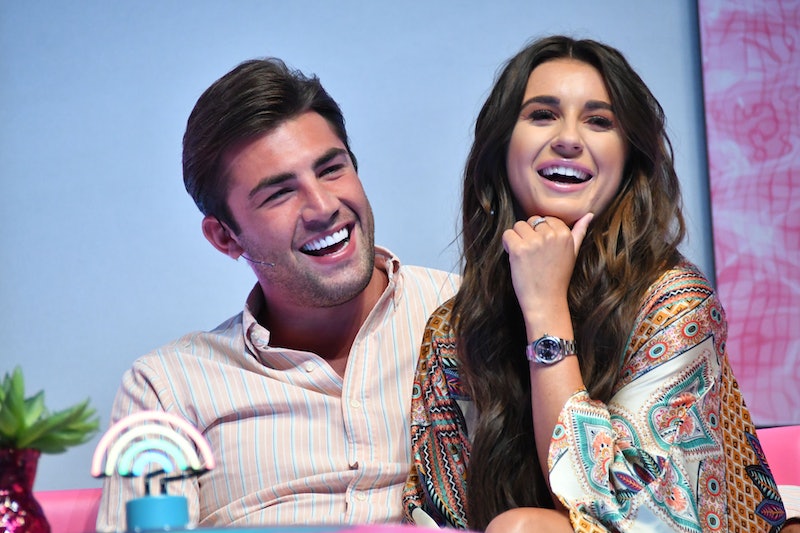 When Jack Fincham and Dani Dyer won Love Island earlier this year, I don't think a single person was surprised at the outcome. The couple, who were basically mum and dad of the villa, made everyone believe in love again. They made the new series a delight to watch with all their goofy, adorable antics. But it’s one thing to be together in the villa and an entirely different thing to make it last after the cameras are off. So, are Love Island’s Jack and Dani still together?

It’s good news, at least so far. I've reached out to both of their reps, just to make sure there aren't any shockers in store though. If you can cast your mind back to the show, you might remember that Jack actually asked Dani if she would move in with him before they’d even left the villa. (Keen beans, these ones.) Luckily, she was completely on his level and agreed to it.

Since then, they’ve kept to their word and have moved in together but they have their teething pains just like any other couple. While on an episode of Kem Cuts, a YouTube show hosted by fellow Love Island alumnus Kem Cetinay, Jack revealed that he and Dani had been having a few spats. Don’t start sweating just yet because they sound mostly minor — and mostly Jack's fault.

He said, “Between me and you mate, I’m terrible when it comes to mess so that does cause a few bickers. But you know I’m learning mate...I’m getting better.”

After Kem pressed him on whether she snapped at him over things like “leaving the fridge door open”, Jack answered “all the time”.

This isn’t the first time that Jack’s cleanliness has been an issue as she previously complained to OK! Magazine, “He’s so messy! He knows I like a clean, tidy house but I always find wrappers in the most random places...I told him that when I wash up he can dry because it’s equal.”

TBH, I’m with Dani on this one. I can stand a bit of mess, but if you’re leaving fridge doors open and crisp packets about willy nilly then I’m out. It’s also no surprise that Dani probably wants to keep their new shared pad absolutely spotless, as it’s apparently a pretty swanky place.

While talking to Charlie Sloth on Radio 1, Jack revealed that the pair were “getting a nice little gaff near Canary Wharf way”. Now, as someone who occasionally works round that area, I can tell you that rent there is not cheap. However, it hardly seems like it’ll be an issue for the couple as they snagged Love Island’s coveted cash prize and one celebrity expert told OK! Online they believed they pair could be set to make as much as £2.5 million after the show. Each.

According to The Sun, Jack showed his fans around their new Docklands pad on Instagram stories which featured a balcony, a view of the Gherkin and a lush leather couch. Apparently, it’s also near where their pal Dr Alex George lives so here’s hoping the gang stages their own little reunion soon.

As for whether their rumoured reality TV show will happen? Talk of a Jessica Simpson and Nick Lachey-style Newlyweds show has since died down, however it looks like Dani could soon be taking a leaf out of the Kardashians' book. Her family quickly became favourites on Love Island with her dad, Eastenders’ Danny Dyer, and her grandpa ‘Bruv’ becoming internet celebs and memes.

It turns out that the Dyer family has been in talks regarding a new family-centric reality TV show. She told Capital Breakfast, “Yes, there's been talks about it, but we're gonna see. You know, it's one of them things that's just like, once you commit, you commit."

She then went on to say that it "could possibly, potentially happen next year", so fingers crossed Jack pops up every now and again. That said, a part of me would find it hilarious if he went Kanye West’s route with Keeping Up with the Kardashians where the singers just alluded to like this mysterious figure, sneaking around the corners of Kim’s life like a ghost to avoid being filmed. Only time will tell what's next for the nation's fave reality couple — Jack and Dani please stay together forever.