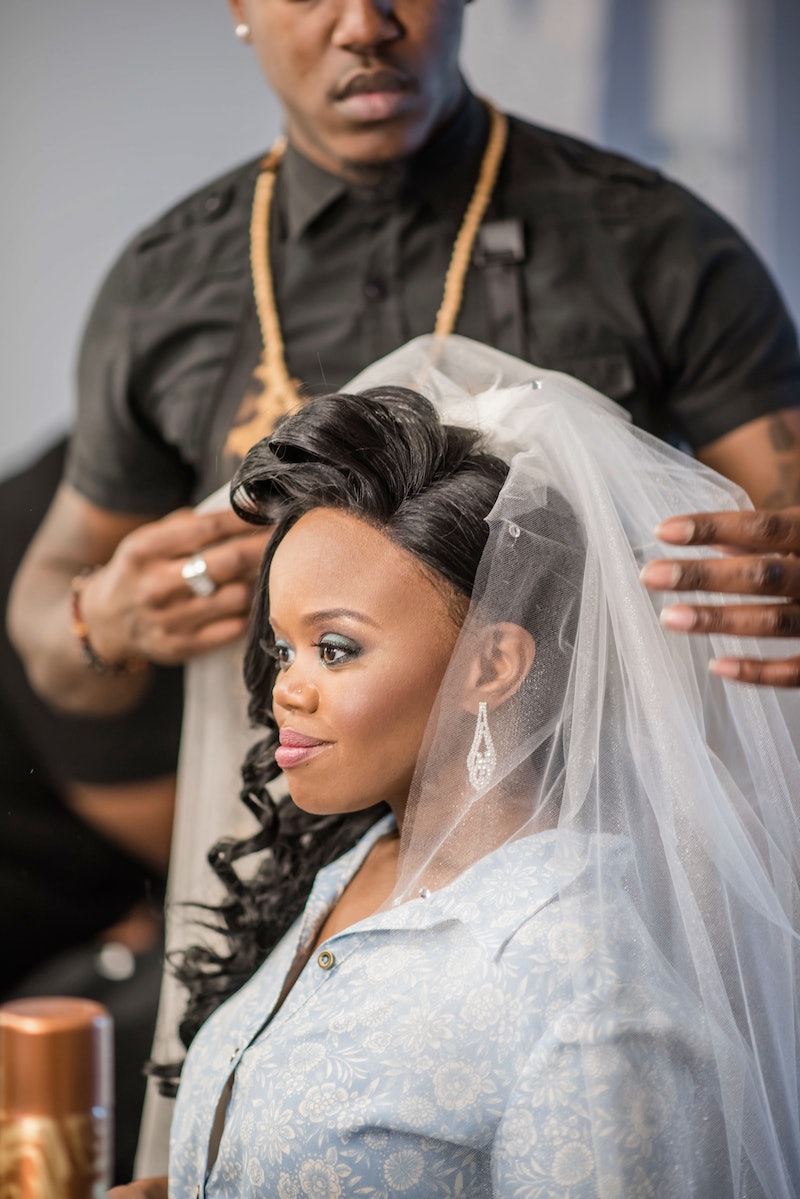 Is it just me or does it seem like the Little Women franchise on Lifetime has begun to spread across the entire country? One of the most recent cities to join the franchise is good old Atlanta, Georgia. Little Women: Atlanta has definitely brought the signature drama and as the third season wraps up, it has brought a love story along with it. Little Women: Atlanta star Monie ended up getting engaged to her longtime beau Morlin during the season and the couple is slated to have their wedding documented for a television special called, Monie Gets Married. Since that spinoff series has already filmed, is Monie still married to Morlin?

Well, she actually doesn't mention her hubby a whole lot on any of her social media but he does pop up every now and then. I do feel safe declaring that they are likely still married because only a few days ago, she posted the promo for Monie Gets Married on her Instagram account with the #TeamMonieMorlin. I don't think she would use that particular phrasing for that hashtag if they were not currently together and still married. I assume she's keeping mostly mum on the details of her wedding/marriage for the sake of maintaining a little mystery before her specials premiere on June 7.

It has been a slightly rocky road for this couples' relationship leading up to the wedding, so people are probably eager to see if they make it all the way down the aisle. Honestly, between Monie losing her engagement ring and Morlin basically calling the wedding off at one point, they are probably excited to have all of the drama behind them now. Trust me, there are plenty of shenanigans left for the special. According to the preview, there appears to be a dash of family issues, a sprinkle of bridesmaid drama, and some twerking in a wedding dress to finish it all off.

Monie and Morlin may have had some bumps in the road, bumps that happened to be caught on film for the world to see, but they genuinely seem to love and respect each other. I think these two crazy kids may have what it takes to take it all the way.