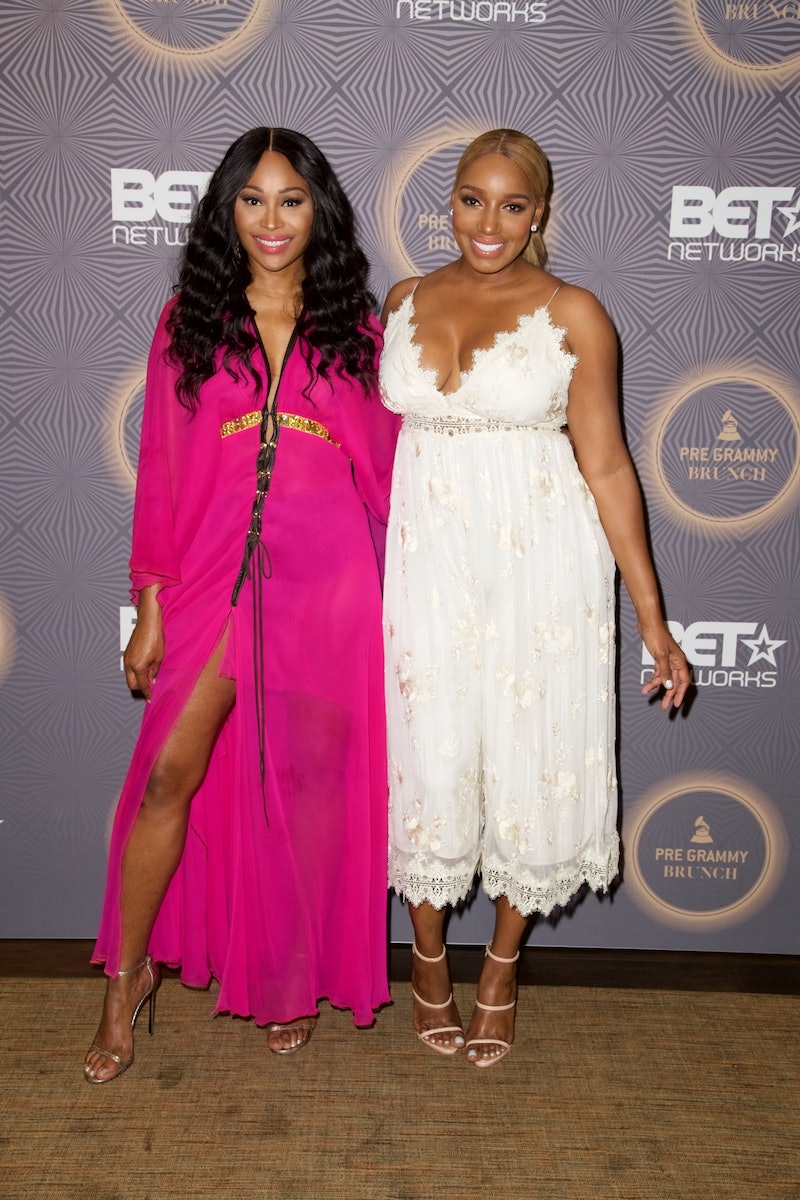 Cynthia Bailey has been in NeNe Leakes' corner all season long, but it seems like that won't be the case by the time Real Housewives of Atlanta Season 11 ends. There aren't any leaked spoilers, but my social media spidey-sense has me thinking that NeNe Leakes and Cynthia Bailey are fighting these days. In fact, they aren't even friends, according to NeNe. She just sees her former bestie as a "coworker." Ouch.

She didn't give details about what actually went down, but Real Housewives Of Atlanta OG did not mince words during a March 12 Instagram Live session. The Atlanta Black Star captured a video from NeNe's rant about Cynthia. NeNe teased,

"You gon’ have to watch the finale to see what it is that she does,” she begins. “Cynthia’s done a lot of stuff, in my opinion, on the down low [that] is very sneaky and underhanded. I’m just telling you the truth."

In the same video session, NeNe declared, "I don’t have no hate in my heart for Cynthia. We are co-workers from this day forward." That's pretty cold. NeNe elaborated, "I don’t have any reason to not speak to her, I’m happy to speak to her. But anything else further than that, no."

As if the Instagram Live rant wasn't enough of a social media statement, NeNe also unfollowed most of the cast, including Cynthia. Obviously. In fact, the only people NeNe follows from the show are Shamari DeVoe and Marlo Hampton.

Cynthia was much more diplomatic when she made comments to Page Six in a March 14 interview. The model said, "I’ve always been a friend to her, and if she’s really my girl like she’s claimed to be my girl then we could get past this." Get past what, though? Cynthia opened up a little more about her beef with NeNe in a March 14 interview with Us Weekly. She claimed the issue was "accountability and taking that." Could she be more vague? Then again, the lack of spoilers really does heighten the intrigue around the rest of the season. Why is NeNe so heated?

Still, Cynthia maintained, "I hope that we talk about it and work through it … I think we can. I hope we can move past it." But again, get past what? Inquiring minds need to know!

NeNe and Cynthia didn't give any specifics, but their costar Kandi Burruss shed some light on why NeNe may be so upset in a March 19 interview with TooFab. Kandi began, "From what I can tell, she's upset because we had invited Kenya [Moore] to Cynthia's party, and Cynthia didn't give her a heads up," Kandi said. "She felt like that was an attack against her, which it wasn't."

Kenya was a full-time cast member for five seasons through Season 10. Unfortunately, she has not been on Season 11 at all. However, that party Kandi mentioned is featured on the March 31 finale. So, maybe Kenya will be on the show. Kandi insisted that there was no malicious intent behind Kenya's party invite. She said, "Overall, it's just like, Kenya's our friend." Kandi went on to explain,

"I feel like Kenya should've been at the party. Not only that, I definitely felt like our fans should see Kenya — happy, pregnant. How can we miss her whole pregnancy and not see her once? And that has nothing to do with NeNe, so I don't understand why she took it so personally."

Because she's a Real Housewife. Taking things too personally is a part of the role, isn't it? Well, it is for many of them.

Kandi continued, "Cynthia didn't tell her that Kenya was coming, but at the end of the day, I'm looking at how crazy NeNe's acting about this, and I'm like, 'Okay, well, it's clear why Cynthia didn't tell you because you flip out and get all offended and mad for no damn reason.'"

NeNe may be on the outs with almost everyone in the cast, but there might be one silver lining to this fall out: a possible RHOA return for Kenya Moore, which is the last thing NeNe wants. Obviously.