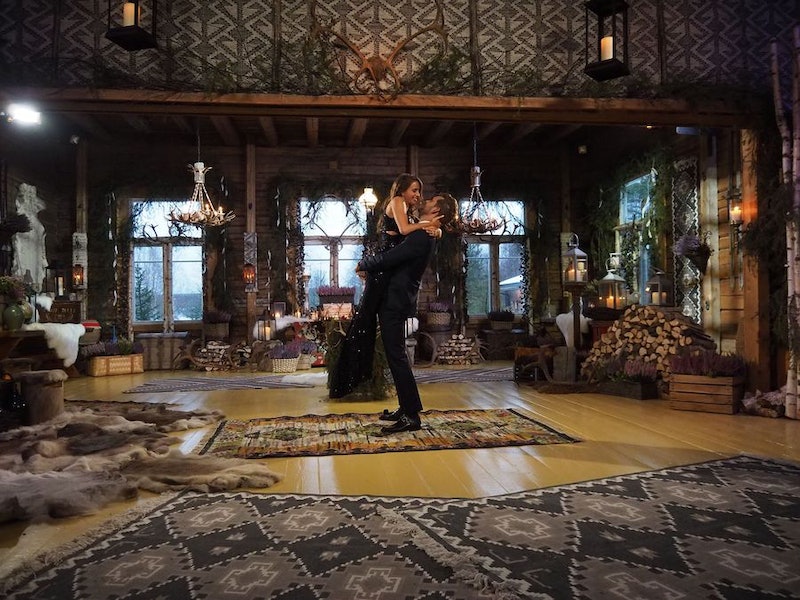 There is one piece of being on The Bachelor that is very similar to real life — as soon as you get engaged, everyone asks when you’re going to get married, have babies, and presumably live happily ever. Happily and very recently engaged, Nick and Vanessa are getting married after The Bachelor, but it’s not going to be anytime soon. On Jimmy Kimmel Live, Nick and Vanessa talked wedding plans and why they’re taking things slow.

Look, I get it — Nick and Vanessa have had like three conversations during which they’ve been allowed to reveal that they’re together. Maybe we’re going to hold off on planning where the doves are going to be released, OK? When Jimmy Kimmel asked Nick and Vanessa what their wedding plans were and whether or not they were underway, Nick answered coolly, “We haven't even had a dinner reservation yet , so we're gonna do that first.” Yeah, I’d say that nabbing a two-top at a Los Angeles hot spot is a stepping-stone to planning a wedding. Let’s make sure that you can get through a meal together before you link yourselves to each other for life.

It’s really in Nick and Vanessa’s best interests to take things slow here. Realistically, they’ve known each other for like six months. Jimmy Kimmel made them play his version of “The Newlywed Game” and I was really surprised that they were even able to answer all of the questions soundly. Six months is not a long time to know a person you want to spend the rest of your life with, so Nick and Vanessa’s continued assertions that they are going to work through things and take their time before hitting the aisle are smart, mature, and indicative of a couple who actually wants to work things out.