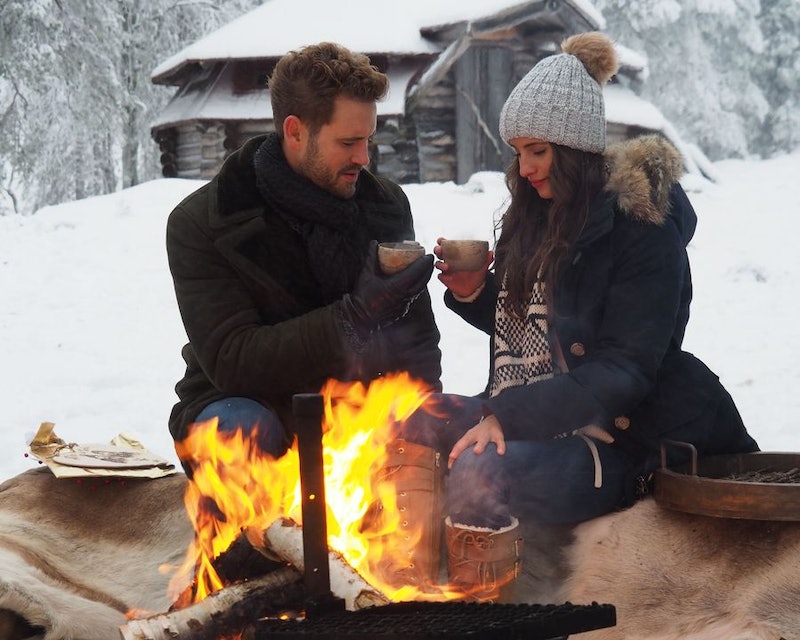 On Monday night's Bachelor finale, Nick Viall had a very important (and very difficult) decision to make, and now, we finally know who he plans to spend the rest of his life with. Nick and Vanessa are officially engaged, and even though I'm sad the season is over, I'm excited to see what's next for these two — if their relationship managed to survive the months of hiding they had to go into after filming wrapped. And now that I know who this guy ends up with, what I really need to know is this: Are Nick and Vanessa still together after The Bachelor?

If that's the question on your mind, too, fortunately, After The Final Rose filled in all those blanks. When Nick and Vanessa finally made their first public appearance as a couple to talk to Chris Harrison, they seemed... relatively happy? Vanessa confirmed they were still together but she also seemed kind of down in the dumps. Usually the couple is all smiles and happy to be public, but Vanessa wouldn't stop talking about how HARD it's all been. Girl, you're supposed to be the happiest now, the hard stuff comes later!

But fortunately, all of Nick and Vanessa's post-ATFR appearances have been way different, and they do seem happy together, so it could have been the stress of the situation getting to her.

In any event, Nick and Vanessa seem like they're doing fine (especially given all they've been through over the last several months!) and hopefully, the Instagram posts to come will reassure us all with tons of adorable, couple-y photos. And if they need a little extra help, they both come from super supportive families who seem more than willing to be there for them anytime. I want to believe in love, even if Vanessa did keep bringing up how difficult this whole thing is.

Honestly, I'm not super optimistic for their longevity given how much Vanessa is already talking about the problems of the relationship, but there's definitely room for hope. Maybe now that things are in the open it will get better? I sure hope so.