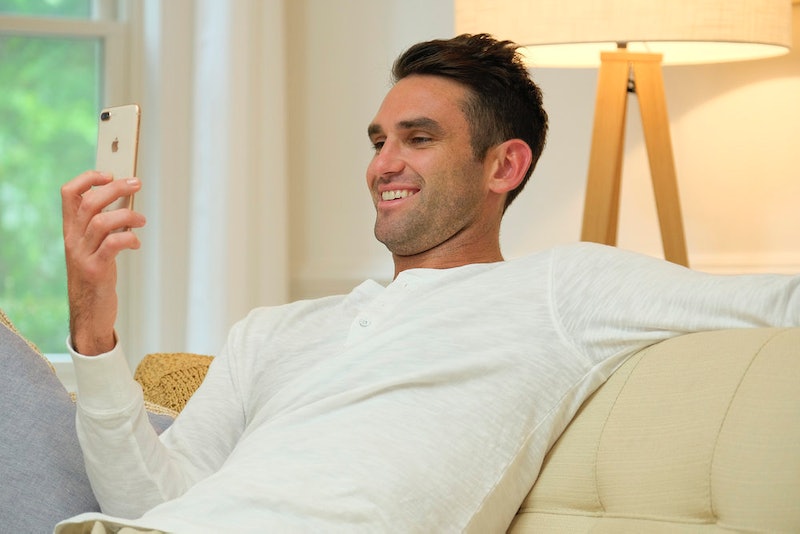 Carl Radke and Paige DeSorbo on Summer House were really feeling each other at the beginning of the season, but as happens so often with summer romances, they also had their ups and down. The duo went from sneaking around and making out in the kitchen pantry to openly joking about their late night makeout sessions. But are Paige and Carl dating now? It doesn't look like this Summer House Season 3 couple was able to keep things going.

Carl and Paige instantly clicked when they both arrived in the Summer House house, and for good reason. They're both very fun, and they're both very, very hot. So when they first realized they both liked each other, they would go and fool around in the Summer House pantry, away from prying eyes and all the cameras that the production team has installed around the house.

Why the pantry? Paige told Entertainment Tonight, "I think that I was just always in the pantry because, like, that's where we kept waters, that's where all the snacks were. So, I feel like Carl knew to find me there. And I just feel comfortable if there's four boxes of dried pasta if I'm making out with someone." Good point, and since every other couple in the house has been filmed having sex/messing around, this was a good call by Paige and Carl for a little privacy.

Unfortunately, though, just when these two were heading up to relationship cruising altitude, it all crashed down, mostly because Paige didn't think Carl was putting in any effort. Paige told Entertainment Tonight, "I'm a really tough cookie when it comes to dating, I have a lot of rules, I have a lot of stuff. So, I tried to teach Carl how to date me, but you'll definitely see — I think he gets a lot better at following my rules." Not good enough, apparently, because Paige told ET, "Today, we are not an item. Today I am very single."

This does seem to be the case, as Paige's Instagram is nothing but #OOTD posts and pictures with her girlfriends (which is really all I want from Paige's Instagram). In terms of Carl's relationships, though, there's a good chance that he could be starting something with another member of the Bravo universe — Vanderpump Rules star Scheana Shay. On a recent trip to Andy Cohen's Watch What Happens Live, they admitted to a rumored hookup.

It happened, according to Scheana, in his apartment, and they "rounded third base." “We just — you know, we weren’t ready yet,” Carl said of why things stopped there. OK, fair enough!

Ultimately, Carl and Paige's feelings for each other were only enough for a summer fling. Between Carl's conversation with Lindsay to Paige thinking that Carl wasn't doing enough to court her in during the week in the city, there seemed to be a ton of miscommunication between these two. Perhaps they're both just better off as friends!