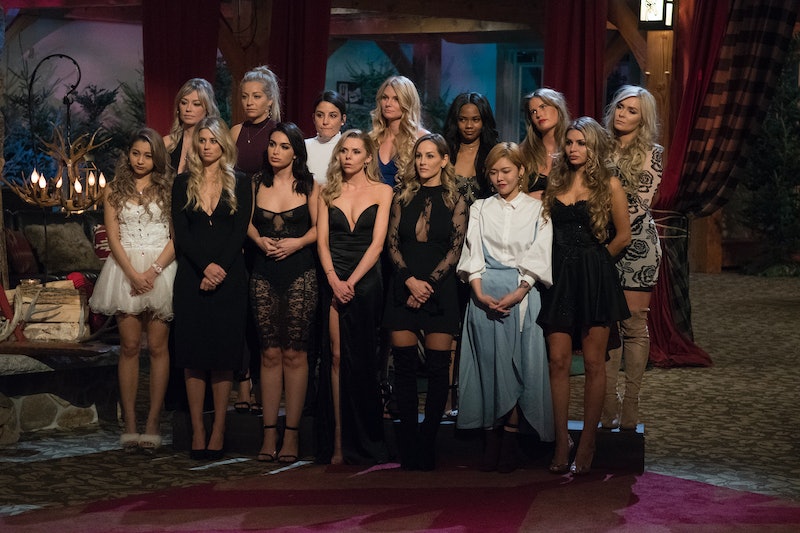 Even though this show is shrouded in mystery, a January 8 press release from ABC reveals that a longtime staple from the franchise will be very relevant during winter games: roses. The press release reads, "Throughout the run of The Bachelor Winter Games, fans can expect twists and turns on and off the ski mountain, as well as romance, heartbreak, love and, of course, roses."

In another ABC press release from January 29, it is confirmed that there will be cocktail parties. In true Bachelor fashion, the first cocktail party of the series was described as "the first dramatic cocktail party," of course. The press release also teases, "At the rose ceremony, the remaining participants have no idea what to expect until Chris Harrison makes an important announcement that sends some people scrambling in order to avoid being sent home."

Honestly, it really is not surprising that people will be sent home at rose ceremonies as the season goes on. After all, this has been a major part of The Bachelor, The Bachelorette, and Bachelor in Paradise. Based on press photos, it looks like the rose ceremonies will be similar to the ones on BiP, alternating the days that the men and women will hand out roses based on whichever sex has more contestants left.

But, this show is different from BiP and the other series in that there is an athletic component. In an interview with The Hollywood Reporter, Senior Vice President of Alternative Series Robert Mills confirmed that The Bachelor Winter Games, "will have some of the Bachelor Pad DNA, in that there is going to be a competition element."

So, how will the sports factor in to the show? ABC explained in a press release that the contestants will compete in athletic challenges and the winners will receive date cards. Other than actually earning a date card, it seems like this spinoff show will be business as usual for a Bachelor series. Well, minus the first elimination. Or at least, that's what Bachelor expert Reality Steve is saying.

On his site, Reality Steve wrote, "And the first 'rose ceremony,' isn’t really a rose ceremony." He continued, "They mix it up a bit for the first elimination, which you’ll see later. The first 'rose ceremony' is more in the Bachelor Pad model because no roses are given out. The contestants are told to write down the name of someone that they don’t want to be there and put it in a box. Five people are being sent home, bringing the total to 21."

This seems like it could end up being right since there are several photos from the series that have already been released that show Winter Games contestants writing something down. Not only that, but a press release from the network teases, "Later, at the first dramatic cocktail party, Chris Harrison delivers a bolt from the blue — five people will have to say goodbye at the end of the night, leaving alliances to be made and romance to be had if anyone wants a chance to stay in the game."

There's no word on how often these eliminations will go down or how many people will get the ax each time, but considering that The Bachelor Winter Games is only a four-episode series, it makes sense to expect at least one cut every episode.