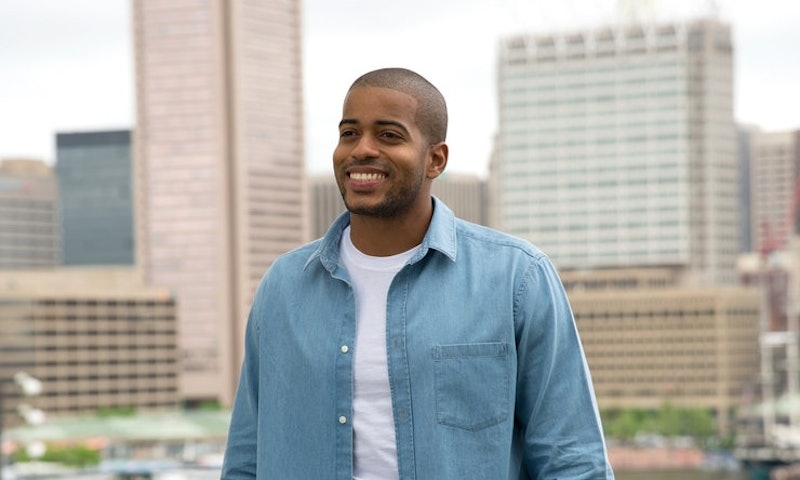 The rumors have been making your heart race, but now everything is official: The Bachelor Winter Games cast and premiere date have been announced by Entertainment Weekly, and you may want to sit down. Despite Mike Fleiss confirming his participation in October 2017, Peter isn't listed on the Bachelor Winter Games cast list, although several other men from Rachel Lindsay's Bachelorette (associate producer: Megan Kropf) season have made the cut. Whether Peter isn't listed because he's already been confirmed, or will be announced with the additional rounds of names between now and the show's Feb. 13 premiere date, still remains to be seen. (Bustle reached out to Warner Bros. and ABC, who declined to comment.) But, if not, many fans will be disappointed by the news that one of the breakout guys from Season 13 won't be back on our screens so soon.

Though Bachelor Winter Games (supervising producer: Lindsay Liles) will only be four episodes long (and still hosted by Chris Harrison), it already sounds like a trip. The competitors will go to a resort in Vermont, where Trista and Ryan Sutter will kick off events like a winter biathlon and ice dancing for date cards. There will also be appearances by Arie, Rachel, JoJo, and athletes like Tai Babilonia and Nancy Kerrigan in the episodes, the remaining three of which will air Feb. 15, 20, and 22.

More names will be announced, but the list announced at the Monday Television Critics Association Winter Press Tour is already a lot. The full list features men and women from past seasons, as well as international Bachelor and Bachelorette contestants that we'll soon get to know. According to EW, the American Bachelors and Bachelor/ette contestants who will be competing are:

Somehow, fans probably aren't as surprised as they could be to know that Ben Higgins will be returning to our television screens. After all, his season was followed by the Ben & Lauren: Happily Ever After? spin-off and, even while denying he wanted to be The Bachelor again in August 2017, he didn't rule out future reality TV appearances entirely. However, even with no Peter, it's still exciting to see that Eric, who many fans wanted to see become the next Bachelor instead of Arie, will be back on our screens again.

But these familiar faces aren't the only ones that will be competing. The list also includes several international Bachelor/ette contestants that are sure to soon become favorites, too.

Some of the names had already been teased or confirmed by Mike Fleiss, and maybe some of these amazing men and women will be able to fill the void currently being left by Peter's name not being listed as it should be. Of course, either way, fans will still be excited to tune in. After all, there are still many who aren't entirely satisfied with an Arie-led season of the Bachelor, and, let's be real, new Bachelor spin-offs are always going to be the talk of the town.