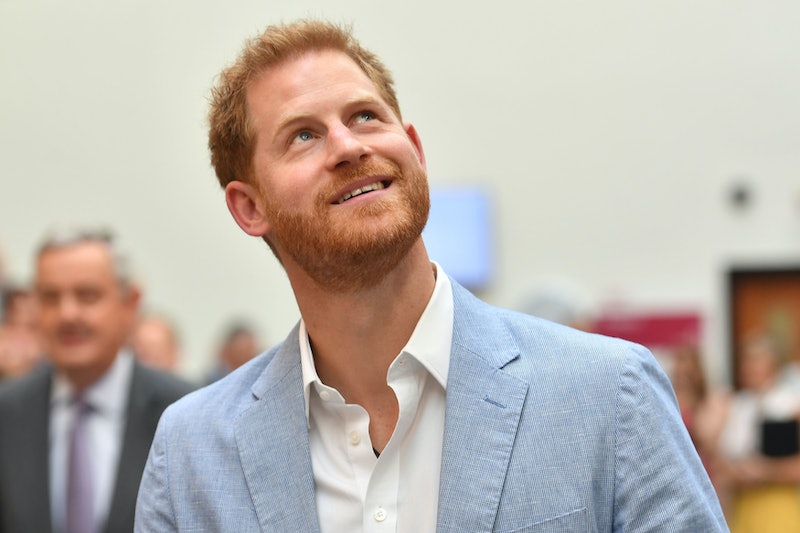 The royals are known for having oodles of celeb pals, and it seems that Ed Sheeran has now been added to that list. To mark World Mental Health Day, the singer and Prince Harry recently got together to raise awareness for the important cause. But are Prince Harry and Ed Sheeran friends, and have they ever crossed paths before this collaboration?

Well, it seems that the two are more acquaintances than BFFs. When asked by Entertainment Tonight in 2017 whether he'd be performing at Harry and Meghan's wedding, this is what Sheeran had to say: "I get asked this all the time like I know the Royal family. I've met Harry once!" he said. "[And] that was in 2011 at his grans' Jubilee, and it was like 'Hey.' 'Hey.' I barely know him!"

The singer added: "I feel like all Americans ask English people like, 'Hey, do you know the queen?' And like, well I have met her, that is quite a true fact, but I don't know Harry that well."

Sheeran did mention that if he were asked to perform, he'd do it if he "was free," but that didn't turn out to be the case after all. Instead, Kensington Palace confirmed that Elton John "rescheduled two of his Las Vegas concerts" to perform at the couple's lunchtime reception, as Popsugar writes.

Anyway, back to Harry and Sheeran. As today (Oct. 10) is World Mental Health Day, the two joined forces to raise awareness to reach out to those who may be suffering in silence and to look out for your own mental health, too. "Both Prince Harry and Ed Sheeran want to ensure that not just today but every day, you look after yourself, your friends, and those around you," the caption reads on a clip posted to @sussexroyal's Instagram.

"There's no need to suffer in silence — share how you're feeling, ask how someone is doing and listen for the answer. Be willing to ask for help when you need it and know that we are all in this together."

In the short clip, it seems that Sheeran and Harry are talking about World Mental Health Day. That is until Sheeran says "people don't understand what it's like for people like us," with a confused Harry looking on.

"With the jokes and the snide comments. I just feel like it's time we stood up and said: 'We're not going to take this any more. We're ginger — and we're going to fight." Harry then replies with "slightly awkward," and goes on to remind Sheeran that they're talking about World Mental Health Day. The singer can then be seen deleting the title 'Gingers Unite' from a PowerPoint presentation on his MacBook.

The video ends on a more serious note, with Sheeran and Harry sat together, with Harry reminding those watching to "reach out, make sure your friends, strangers — lookout for anyone who may suffer in silence. We're all in this together."

I don't know about you, but I think this is the start of a beautiful friendship between the pair.