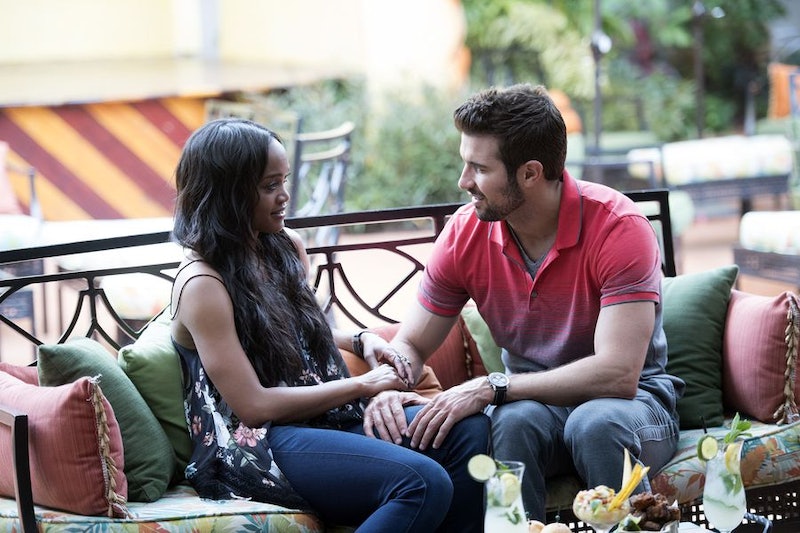 After the news of Rachel & Bryan's engagement was revealed on The Bachelorette finale, Chris Harrison put his hosting skills to work to find out how things have been between the couple. Chris asked about Rachel & Bryan's mother's relationship, and while the hometown visit between the two was a little rocky, it sounds like things are all good now. "Your mom had a lot of questions," Chris Harrison said to Bryan, to a chorus of laughs, wondering how his mom has reacted to her future daughter-in-law. "She's doing great," Bryan said, adding that recently, "She told Rachel she's just so happy to bring her along into our family. She loves Rachel, they've spoken a few times since the proposal and they get along great." That's good news, because during Bryan's Bachelorette hometown date in Miami, Bryan's mother was very protective of her son, even joking that if Rachel broke his heart, that she'd have to kill her.

All parents can be protective, even if Bryan's relationship with his mom suggests he might be a full-on mama's boy. But Rachel's family was even more skeptical about the couple, and her sister even had an iconic reaction shot when Bryan had to leave the dinner table to collect himself because they were grilling him so hard. Rachel even brought it up on the finale, saying, "My family is skeptical, that's where I get it from."

However, she added that things have improved significantly since that awkward visit. "They just needed to get to know Bryan," Rachel said. "Even though they don't understand this whole process, they understand me, and the decisions that I make." She credited her passionate defense of him at the dinner table with the realization that she might be ready for a real commitment with Bryan. "When I was defending him to my family and I was explaining why he means so much ... I told them he was my best friend," she said.

So not only are family relationships important to both members of the latest Bachelorette couple, it sounds like Bryan's mom and Rachel as well as Rachel's family and Bryan are all getting along.