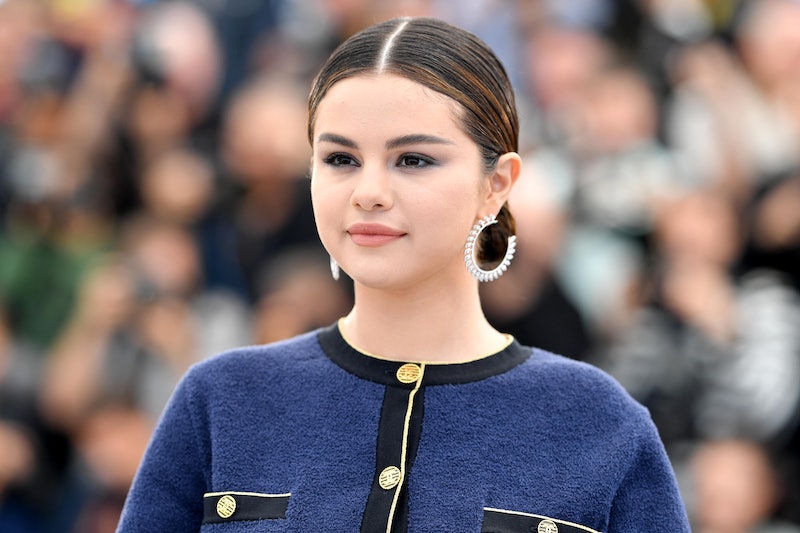 They have been hanging out and interacting online a bunch lately, so it was only a matter of time before Selena Gomez and Niall Horan sparked dating rumors once again. Thanks to some recent Instagram posts, there has been speculation about what's going on with the pair of pop stars. There have been theories about a possible romance and about a possible collaboration, but according to the former One Direction member, they are just pals. As Capital FM reported on Oct. 8, Horan said at a recent fan event that he and Gomez are just “good friends” who happen to “have the same group of friends.” He also confirmed they are not working on a song together, so keep the dreams of a Gomez/Horan collaboration at bay.

The latest round of Gomez and Horan gossip has really picked up steam over the last week. On Thursday, Oct. 3, Gomez’s best friend Courtney Lopez shared a photo taken at a group dinner that Horan and Gomez attended. In the picture, Horan has his arm around Gomez, which began to fuel the dating rumors. That same night, Gomez promoted Horan’s new single “Nice to Meet Ya” on Instagram Stories, writing, “This came out like 5 min ago…and I’m pretty sure you need to download.”

A few days after that, Gomez was reportedly spotted going to Horan’s home in Los Angeles. As The Daily Mail reported on Wednesday, the “Can’t Keep My Hands to Myself” singer arrived at his place on Saturday with a bag of groceries in tow. As fans noted, other friends were at Horan's house, too. Horan kept the buzz a-buzzing when he posted an Instagram Story he took while posing in front of a poster of Gomez on Wednesday, Oct. 9. In the wake of these relationship rumblings, a source told E! News that Gomez and Horan “are not dating.” The insider went on to say that the two musicians “have always been good friends.”

This particular pair of celebs has experienced relationship rumors before and they actually didn't occur too long ago. In December 2015, Us Weekly reported a source claimed Gomez and Horan "were seen kissing in the middle of the club, in front of everyone" at Jenna Dewan's birthday party. Another source told the publication that the two stars apparently left the event together.

However, Gomez was quick to shut the speculation down soon after the reports surfaced. When Entertainment Tonight asked her about whether or not she and Horan were an item at Billboard's 10th Annual Women in Music on Dec. 11, 2015, she replied, "Oh my god, no! I love him. I always have. He's amazing." Days later, The Sun reported Gomez and Horan were apparently spotted kissing at an X-Factor party. In February 2016, Hollywood Life reported a source claimed the supposed couple split up.

More like this
Selena Gomez Is Fine Being Single, But She Still Manifested Romance On 'SNL'
By Martha Sorren, Jake Viswanath and Jack Irvin
Adele Says Postponing Her Las Vegas Residency Was “Brutal”
By Alyssa Lapid
Adele Says It Would Be “Wonderful” To Have Kids With Boyfriend Rich Paul
By Jake Viswanath
Lizzo Proved She’s Team Jeremiah During Her ‘The Summer I Turned Pretty’ Review
By Grace Wehniainen
Get Even More From Bustle — Sign Up For The Newsletter