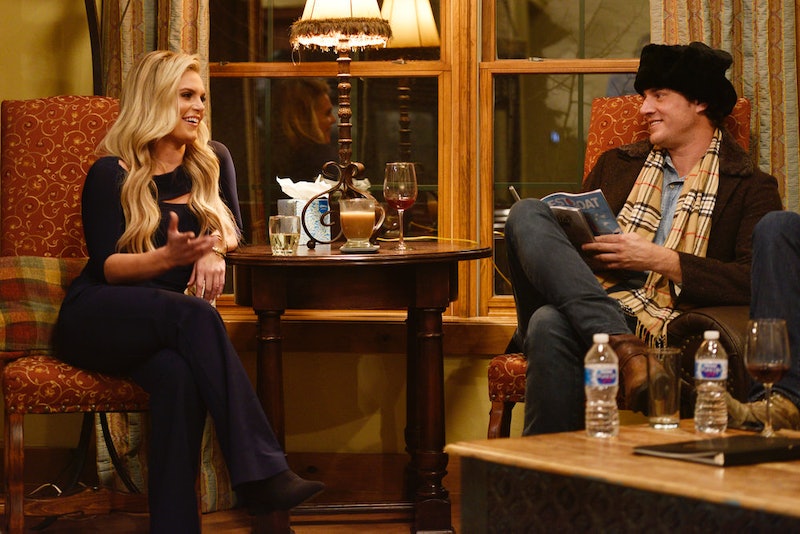 It’s hard to be a new cast member on a reality show, but it’s really hard when so much of the drama you’ve been involved with happened when you weren’t even filming the shoe! Madison Le Croy and Austen Kroll were dating during the Southern Charm hiatus between Seasons 5 and 6 when a now-viral video of Austen reportedly having a threesome hit the internet — and Madison was not a part of it. In fact, she seemed pretty darn unhappy with it. Cut to: Madison and Austen splitting up and his friends getting in on the breakup action — namely, Shep Rose calling Madison “white trash.” That’s gross, and now on Southern Charm, we’ve seen Madison standing up for herself, which is a good thing. But do Shep and Madison make up on Southern Charm? Maybe.

But don’t tell Shep, because he’s dragged Madison to filth all over Charleston.

Frankly, the best part of Southern Charm is the fact that the women are mad as hell and they’re not going to take it anymore this season. Chelsea will NOT listen to Austen talk badly about her. Kathryn will NOT deal with Whitney denying they hooked up. And Madison, who owns her own successful hair styling business, won’t be called a “white-trash hairdresser” because she, unlike Shep, has to work for a living. (Can we get an amen?) In Colorado, it seemed like Shep and Madison had reached an understanding, though, and for good reason — both Madison and Shep care deeply for Austen, and they need to get along for Austen's sake.

Shep recently tweeted that he was sorry to have said that Madison was "white trash" but his apology is a bit of a runaround, which is to be expected from someone as immature as Shep is.

Right now, it doesn’t seem like Madison and Shep hate each other, but let’s not believe that she, Austen, and Shep are the perfect three-musketeers trio. Toleration is key at this point because it will keep the peace — and that’s all they really have to do.

Of course, we could see Shep and Madison’s relationship get better as the season progresses, because as Austen told Us Weekly, “There is so much more of the season left and a lot more happens, and I think you just need to watch and see how that all unfolds.” Shep seems pretty dead-set in his views about, well, everything, but maybe he apologizes.

Maybe he lays off and lets his buddy find love and work through his own adult relationships. We’ll just have to see the rest of Southern Charm Season 6 to find out.