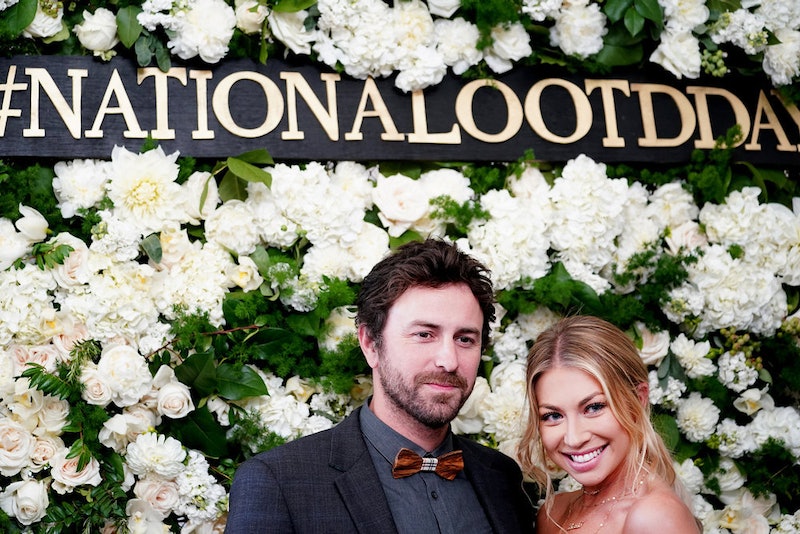 After three awful boyfriends (and that's just on Vanderpump Rules), Stassi Schroeder has finally found a guy who seems to make her happy — and treat her right. But while watching her with her new boyfriend, Beau Clark, has so far been delightful, they've also had to navigate a few bumps in the road, and previews once again show trouble in paradise for the couple. So are Stassi and Beau together still together in 2019, post-Vanderpump filming? Or have they gone their separate ways?

For those unacquainted with their love story, Stassi and Beau met thanks to Stassi's besties, Katie Maloney-Schwartz and Kristen Doute. Stassi's first good idea, relationship-wise, was finally listening to Katie and Kristen when they said they had someone for her, because Beau is absolutely the best. They've already done the whole meet-the-parents thing, and it's obvious that they're in love, but they keep having the same fight: Stassi gets insecure when Beau wants to stay out, probably because she thinks that he's going to cheat on her. She's been burned before — after all, she dated Jax for years — but Beau maintains he's not that guy. It's not hard to understand why Stassi has these issues, given her past relationships. Having been betrayed or hurt on more than one occasion, it makes sense that she'd want to protect her heart.

That said, Stassi and Beau must have worked together to figure it out, because they are definitely still together. They're obsessed with each other — all they do is post about each other on Instagram. It's simultaneously nauseating and adorable. And why shouldn't they? As Stassi told People, she had to kiss a lot of frogs to find this prince. "I don't feel badly about shouting it from the rooftops because y'all, I've been through like 15 years of sh*t boyfriends, so now that I have a good one, I'm fine to brag about it," Stassi joked.

Beau also told Bravo's The Daily Dish that they keep an open line of communication, and are working on how to overcome Stassi's past relationship trauma. "We talk about [her abandonment fears]. I'm like, 'I'm not leaving you. I'm not going anywhere. I love you. I'm here,'" he said. "But in certain moments she'll get these feelings, and I'm just trying to figure out a way that we both know how I can check in with her more when I'm out and make sure that she's feeling comfortable with herself and everything like that."

Stassi and Beau clearly care for each other, and they're addressing their problems in a healthy way. Being together, whether you're on reality television or not, means talking about your issues, big and small, and compromising. Stassi and Beau are in their relationship for the long haul, and as long as they keep working on things together, they just might make it. Might there be a third Vanderpump Rules wedding in the coming years? We'll just have to stay tuned and find out.