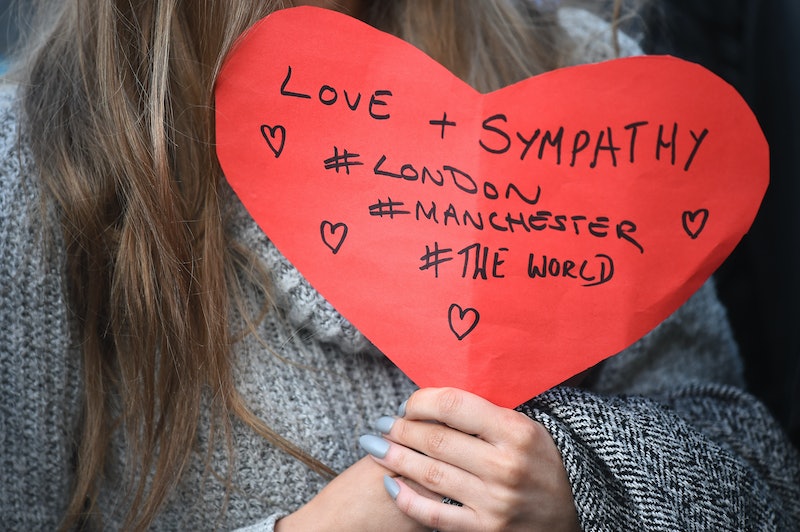 At least seven people were killed and another 48 were injured Saturday in an attack in central London that targeted London Bridge and Borough Market. Britain's latest terror attack comes less than two weeks after a suicide bomber killed 22 people in an attack outside of Manchester Arena shortly as an Ariana Grande concert ended. As the country grapples with the aftermath of yet another deadly attack, questions have arisen as to whether the London and Manchester attacks are connected.

In a press conference held Sunday outside her office on Downing Street, British Prime Minister Theresa May said authorities did not have reason to believe the two attacks were connected. "In terms of their planning and execution, the recent attacks are not connected but we believe we are experiencing a new trend in the threat we face," May said.

Although May said investigators had not found any evidence to link the attacks together, she claimed there was at least one connecting thread between them. "While the recent attacks are not connected by common networks, they are connected in one important sense," May said. "They are bound together by the single evil ideology of Islamist extremism that preaches hatred, sows division and promotes sectarianism."

May described the "ideology of Islamist extremism" to be "a perversion of Islam" and claimed it was heavily centered around the idea that "Western values of freedom, democracy, and human rights" were "incompatible with the religion."

"Defeating this ideology is one of the great challenges of our time," May said, adding it would likely require more than just military intervention abroad and counter-terrorism operations at home. "It will only be defeated when we turn people's minds away from this violence and make them understand that our values - pluralistic British values - are superior to anything offered by the preachers and supporters of hate."

In the last three months alone Britain has experienced three deadly terror attacks. The first occurred March 22 on Westminster Bridge near Parliament and left four people dead and another 50 injured. In late May, the British prime minister signaled authorities believed another attack could be imminent when she raised Britain's terror threat level to critical, the nation's highest level, after 22 people were killed May 22 in a bombing in Manchester. Less than two weeks later, three men drove a van into pedestrians on London Bridge before attacking a number of people at Borough Market nearby.