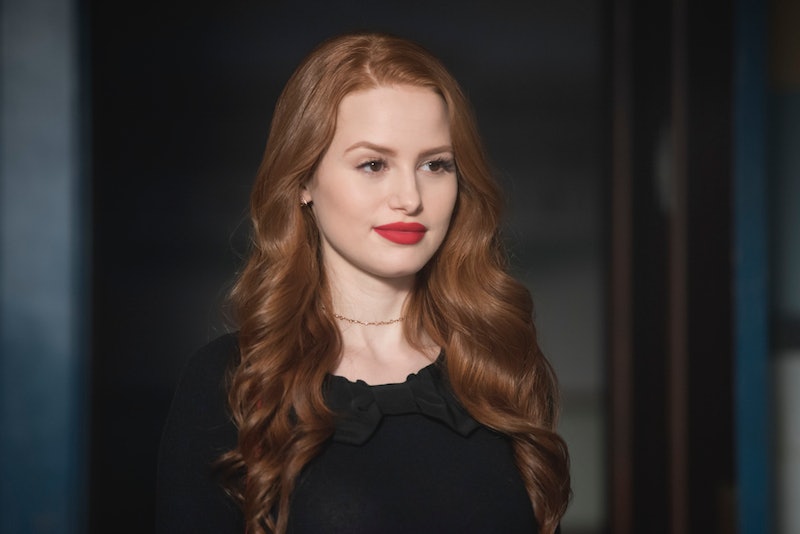 Riverdale has always had a creepy undercurrent — the show is only two-and-a-half seasons old and there have already been a slew of suspected murderers and a very deep mafia storyline — but in Season 3, the show is taking things to a new level. Both Polly and Alice Cooper are a part of The Farm, a cult-like group led by Edgar Evernever, a charismatic and probably (read: definitely) evil leader. The Coopers have been taken in by Evernever’s charms, but they’re certainly not the first family to get wrapped up in some rather suspicious activity. For example, the Blossoms could be in a cult on Riverdale — their involvement in such behavior would totally make sense.

Before it was revealed that Hal Cooper was a prolific murderer (hi, Black Hood), the Cooper family was seen as the most squeaky clean family in Riverdale. They competed directly for Riverdale dominance with the Blossom family, and the show liked to paint them in a strict dichotomy of light (the Coopers) and dark (the Blossoms). Now that Hal is in jail and Clifford Blossom is dead, well, it’s kind of all the same. But while the Coopers seem to be caught up in a run-of-the-mill cult, the Blossoms may be founders or leaders of something much more sinister, perhaps involving satanic worship.

Reddit user fromagesnob brings up an interesting connection between the film Rosemary’s Baby and Riverdale. In Rosemary’s Baby, Rosemary is given a necklace that holds tannis root, and if you’ve never seen Rosemary’s Baby, basically, Rosemary is made to be a host to give birth to the antichrist. She’s set up by… devil worshippers. Claudius and Penelope Blossom poison Cheryl’s Grandma Blossom in Season 2 with… tannis root! That’s a heck of a coincidence for the Blossoms to use a poison that’s commonly associated with the cult of devil worship, isn’t it? We don’t know a lot about The Farm yet, but they could be into devil worship. That has yet to be revealed.

Of course, this doesn’t mean that the Blossoms are definitely devil worshippers. They’re opportunists, and since so much of their power over Riverdale has been lost or taken over the past few years, the Blossoms aligning themselves with Edgar Evernever to take over Riverdale and gain control of the town would be a hard core power move. In the Season 3 flashback episode, young Penelope mentioned that she was adopted to be groomed to be a suitable addition to the Blossom family, one that would help carry on the Blossom name. That sullied name has two new heirs — Polly’s babies — both of which are involved in The Farm. Again, is this another coincidence, that babies with Blossom blood are suddenly involved in a cult that the rest of the Blossoms could benefit from?

In an interview with Newsweek, Lili Reinhart, who plays Betty, said that we'll get more information about the cult in the coming weeks. “[We’re] still trying to figure out what The Farm even is,” Reinhart said. “It’s very mysterious… we’re going to tackle that whole mystery in the second half [of Season 3].

Being that this is Riverdale, all of this has to be related somehow — the families in this town are more than intertwined. I guess viewers will just have to wait and see what happens — and what families are pushing devil worship onto an unsuspecting populace.