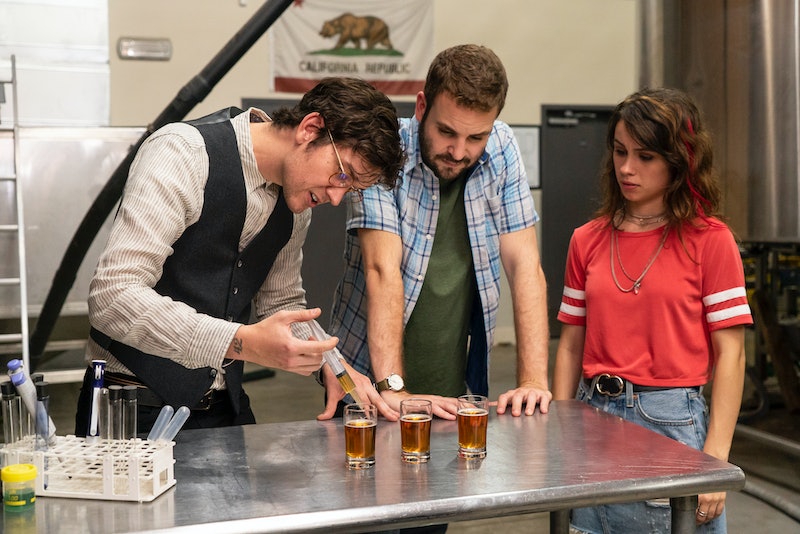 Let's be honest, Netflix isn't really known for its original sitcoms. The streaming network has made a name for itself as a production company with its prestigious original films, its various true crime documentaries, and its big-budget genre dramas. When people turn to Netflix looking for a sitcom, they're re-watching The Office or other cable classics. But the site is looking to change that perception with their upcoming original sitcom Brews Brothers. It's about two rival brothers who run a microbrewery together, and the series was created by two real-life brothers. So does that mean Brews Brothers' Rodman brothers are based on real people?

Brews Brothers was created by sibling sitcom legends Greg and Jeff Schaffer, and it's the first time they've written or produced a sitcom together. Separately, however, the pair boast quite the résumés. Greg wrote for '90s sitcoms Mad About You and Veronica's Closet, and he was also a writer and producer on That '70s Show and the kids sitcom Lab Rats. Jeff, meanwhile, was a writer and executive producer on Seinfeld and Curb Your Enthusiasm, and he also created the FX sitcom The League. Now, the comedy siblings have teamed up to create Brews Brothers. But don't expect to see any actual sibling rivalry make it onto the show.

Brews Brothers is a completely fictional series, and is not based on any real-life siblings. As a result, the Rodman brothers also do not have counterparts in the real world. In other words, the characters are not stand-ins for Jeff and Greg Schaffer.

During a recent appearance on the podcast The Rich Eisen Show, host Rich Eisen asked Jeff directly whether the Rodman brothers were based on the Schaffer siblings. Jeff credited his brother with conceiving the show, but it doesn't sound like it's based on their relationship at all. "My brother had this idea for a show about sort of two idiot brothers who are running a craft brewery in Van Nuys," he told Eisen. "It's about two brothers who have been apart for a long time who get together and they're not very good together. Individually they both have a lot of issues, and together they're just worse."

But Brews Brothers does actually have a coincidental real-life counterpart. In 2018, Alyson Krueger wrote a piece for the New York Times about two estranged Danish brothers named Mikkel Borg Bjergso and Jeppe Jarnit-Bjergso who operate separate microbreweries. At the time, "the beer twins" were coincidentally each opening up their own respective breweries in Queens, NY, taking their rivalry to another level. It's not the exact same scenario as seen in Brews Brothers, but it's pretty close.

Brews Brothers may not be based on a true story, but thanks to its sibling creators and a set of real-life beer twin rivals, the sitcom sure seems like it is.

More like this
Jurnee Smollett’s Heart Is Healing
By Rebecca Carroll
What’s New On Netflix: 'Stranger Things' & 'Mean Girls'
By Arya Roshanian
Here’s Everything Coming To & Leaving Netflix In July
By Grace Wehniainen
What’s New On Netflix: The Return Of 'The Umbrella Academy'
By Arya Roshanian
Get Even More From Bustle — Sign Up For The Newsletter