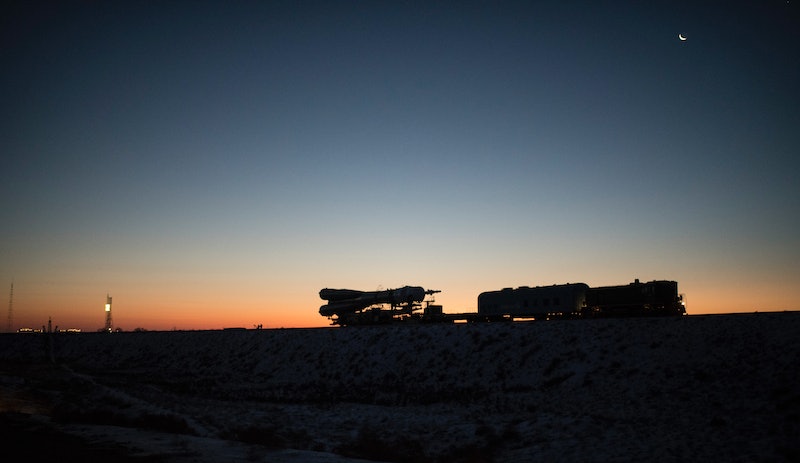 The winter solstice, which will take place on Dec. 21 this year, may mark the longest night of the year, but it also indicates that brightness is on the way — both literally and figuratively. Considering the astronomical importance of it, and the fact that astrological predictions say it may be literally the worst day of the year, you may be wondering if the winter solstice and the zodiac are related, and whether this extra-short day will have an affect on your particular sign as we (thankfully) close out 2017 and head into a brand-new year.

It's easy to think the solstice will have a significant effect on the signs, given the very nature of the solstice means the sun goes still over the Tropic of Capricorn. But while the winter solstice coincides with significant astrological events, it does not in fact have a direct effect on the zodiac. However, that doesn't mean it's totally irrelevant to astrology, or that you should dismiss it. Especially not this year, since the Dec. 21 solstice will mark an astrological event not seen since 1664, according to writer and astrologer Neil Spencer. The presence of the solstice itself doesn't influence the zodiac, but the fact that during the solstice, the sun will make the ultra-rare dual move of shifting into Capricorn and lining up with Saturn, will affect the signs.

What exactly will that mean for us? Well, Dec. 21 is likely to be a tough day all around, as Jayashree Bose wrote on their blog. Bose issues the pretty broad warning to avoid "any important activity," because "[y]our work will be delayed or you will find many obstacles till January 2018." So if you've been wanting to take a rest day, Dec. 21 is a good time to do it. And if you're lucky enough to be off school or work for the holidays, consider scheduling some low-key self-care time via Netflix binge. On top of that, if you're a last-minute gift-maker who has yet to start the scarves you're planning to give your family members, don't start them on Dec. 21, because according to predictions, it will end badly.

Again, it may be easy to think that Dec. 21's difficulty is because of the solstice's being the darkest day of the year, but the hardship that'll come on that day isn't because of the winter solstice itself — it's because of the astrological state of things that happens to coincide with the solstice. As for what effect the solstice itself will be having on us generally, it can bring some "seriousness" to the holiday season, according to Tarot.com. Because the solstice marks when the sun will be moving into the "steady" Earth sign Capricorn, it indicates a good time for reflection. That may sound like it'll put a little damper on holiday festivities, but that reflection will give you a solid basis to carry forward into 2018, knowing what you wish you'd done differently in 2017 and what you resolve to do more in the coming year.

At this point, you may be thinking the end of 2017, and maybe even the beginning of 2018, will be a total wash. After all, we've got the troublesome Dec. 21 forecast, followed by the lingering shadow of Mercury retroshade, which will hang over us until Jan. 10, spreading Mercury retrograde's ugh-ness just that much further. There are good moments coming up, though, according to Bose, who says Dec. 23, 26, 28, 29, and 31 are all positive upcoming days. Dec. 20 is also a good day, by the way, so if you want to bust it out before the solstice, you can get on with your bad self without worrying.

It's probably not surprising that these final couple weeks of December are going to be just as messy and up-and-down as the rest of 2017. There are definitely pitfalls, but treat it like the rest of 2017: Stay alert, remember to treat yo' self, and be sure you're keeping in mind mistakes of the past so you can improve as you go forward.