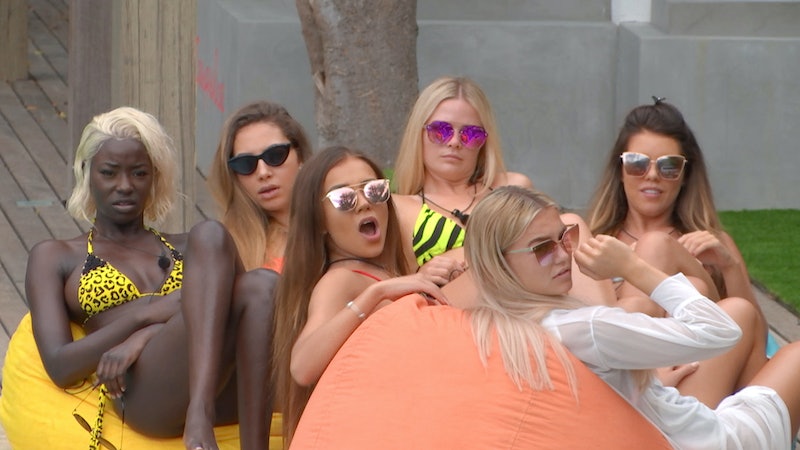 Love Island really serves all the relationship drama you need. For a six week period you can take a vacation from your own love life and get engrossed in the goings on in the villa. Though their relationship status maybe be changeable, come rain or shine the islanders seem to alway be wearing the same thing. So, are there clothing rules on Love Island?

With brands jumping at the chance to provide the winter islanders with swimwear, Love Island is a great source of bikini inspiration. However, viewers have noticed that at times the islanders have seemed a little cold. Generally, islanders spend their days in swimwear leading some to question whether there’s rules for clothing in the villa, like there are for other things. For example, the Mirror has reported that contestants aren't allowed to wear clothing with prominent logos. But what about warm clothing? I reached out to a representative for Love Island who told me islanders “wear what they want. Obviously we provide outfits for any themed challenges.”

One viewer took to twitter and said, “Molly is literally shivering. What's the story with this weather? They look like they need to get out their winter woolies.” Similarly another wrote, “they’re definitely told they need to be in swimwear all the time regardless of weather, these guys look freezing” and another added, “why are they outside half naked in the cold? Weather looks miserable.” Viewers are so accustomed to seeing the scorching Spanish sun that seeing the islanders on a cloudy day feels almost wrong.

According to The Times, said that the winter villa is situated in a neighbourhood known as Eagles Nest in Cape Town, South Africa. At the moment the weather is fluctuating between 27 and 22 degrees and it’s by no means sunny everyday. It’s also quite humid and windy.

Summertime in South Africa runs through until March 2020 so the islanders are experiencing summer in Cape Town. While it’s hard not to think they must feel a little bit of a chill hanging out by the pool in swimwear on a cloudy day, as ITV says there’s no dress code for the islanders, they must be serving up the summer vibes by choice.

And they're not limited to their own wardrobe. According to Glamour that I Saw It First offer clothes and accessories to the islanders to make sure they have enough looks for their stay. Similarly, Love Burst and LookFantastic.com are on hand to give the islanders any makeup and hair products they might need to make themselves look so glam, during the day and night.