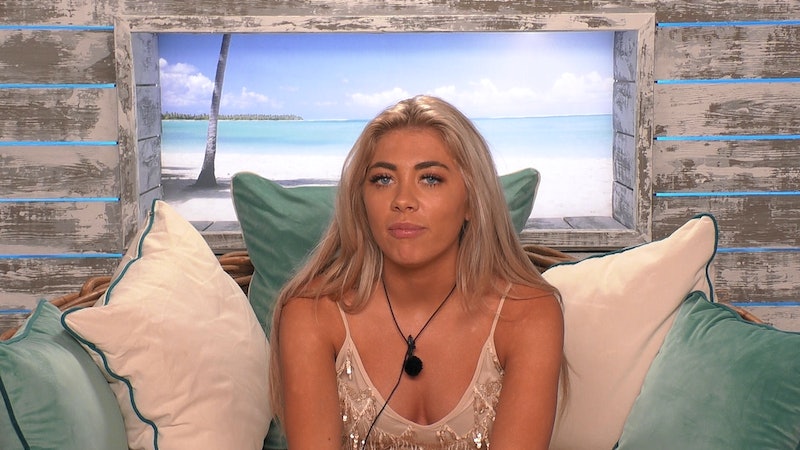 Well, we might be one step closer to finding out the answer, thanks to Iain Stirling, the Scottish stand up comedian responsible for providing the show’s hilarious commentary ever since it first aired in 2015. Asked if the islanders are allowed to, erm, get their rocks off (solo) in the villa, Iain told Vice: “I have to assume so?”

I've reached out to ITV to see if they have anything to add to Stirling's insight, and I'll let you know if I hear anything.

Sexual wellness and health has been a the centre of the Love Island discussion this week. Contestant Rebecca hit the headlines as she entered the villa looking like a Greek goddess during the sexy dance challenge. However, some eagle-eyed viewers spotted that the 21 year old was wearing a contraceptive patch, prompting some disappointingly predictable comments about her online. I mean, how DARE a young woman want to have sex but not get pregnant?

However, many fans were impressed to see the former Miss Newcastle rep the less common form of contraception, sparking an important discussion from women who’d never even heard of the hormone-based birth control method.

More like this
'Love Island's Haris Insists Street Fight Video Doesn’t Show Full Story
By El Hunt, Darshita Goyal and Sophie McEvoy
'Love Island' Has Added Yet Another Bombshell To The Villa
By Bustle UK
The ‘Love Island’ 2023 Cast Is Messy AF
By Jason Okundaye
You’ve Got 'Love Island’s Farmer Will All Wrong
By Jack Orenstein
Get The Very Best Of Bustle/UK
Sign up for Bustle UK's twice-weekly newsletter, featuring the latest must-watch TV, moving personal stories, and expert advice on the hottest viral buys.