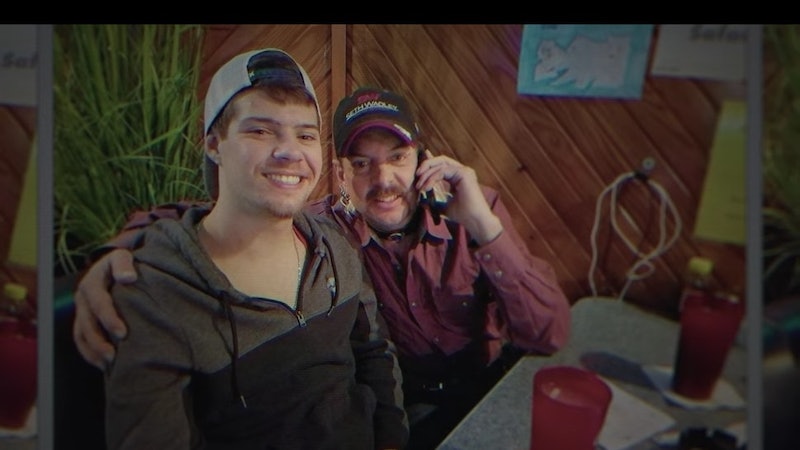 No one could have truly anticipated how wild a watch Netflix's new docuseries Tiger King: Murder, Mayhem and Madness would be. But a show following the life of Joe Exotic an "eccentric, gay, gun-toting polygamist who runs a park that's home to over 200 tigers, big cats, and other exotic animals" was never going to be your average viewing. After marathon-ing the entire series, I'm left with a number of questions: What really happened to Carole Baskin's husband? Can I stream Joe Exotic's country-bop album? And is Joe Exotic still married to Dillon Passage, his fifth husband?

From the the looks of Passage's Instagram page, he seems to be doing just fine. Naturally, the 22-year-old's feed is full of tigers, as well as normal social activities like, err... EDM festivals. There aren't any snaps of Joe Exotic on his page, but that doesn't mean he isn't still Team Joe.

According to Women's Health, one Instagram follower asked Passage directly whether he's still with Joe, to which he replied: "I’m still married to Joe but my social media platform isn’t used for any Joe things." Fair enough. This was later confirmed by a reporter at The Daily Beast who managed to speak to Joe in prison and find out that, yes, they are still married.

On April 1, in an interview with Andy Cohen, Passage revealed that the pair "speak three to five times every day" on the phone.

As detailed in the show, Joe Exotic, real name Joespeh Maldonado-Passage, is a polygamist and has had five husbands (although only three were featured). In Tiger King, we first meet Joe's two young partners, John Finlay and Travis Maldonado, and got to witness their "throuple" marriage ceremony complete with a tiger-striped cake and matching pink shirts (it wasn't even the wildest part of the show). Unfortunately, it wasn't to last. Finlay eventually ran off with the zoo's secretary and sadly, Travis Maldonado, 19, died after playing with a pistol. Not knowing that there was a bullet in the chamber he put the gun to his head and pulled the trigger.

Exotic then went on to marry Passage, whom he met online. Passage supported Joe Exotic through his trial and eventual imprisonment, and it seems, he's in it for the long haul.

More like this
Theo James Would “Love” To Star In George Michael Biopic
By Sam Ramsden
A New Netflix Doc Will Explore The Unsolved Murder Of Jill Dando
By Sam Ramsden
This First Look At 'The Gold' Shows Jack Lowden In A Whole New Light
By El Hunt and Sam Ramsden
Siva Kaneswaran's Net Worth Shows The Value In Chasing The Sun
By Bustle UK
Get The Very Best Of Bustle/UK
Sign up for Bustle UK's twice-weekly newsletter, featuring the latest must-watch TV, moving personal stories, and expert advice on the hottest viral buys.

This article was originally published on March 30, 2020